Taking it to Instagram Shaniera revealed the big news 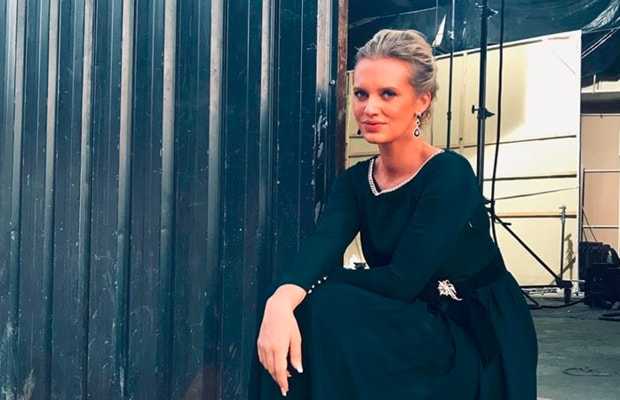 Pakistan’s national bhabi Shaniera Akram has made a fanbase of her own in a very short time, and while we first got to know her as Mrs. Wasim Akram, it was her own charisma that made us fall in love with the Aussie girl. Seems like Shaniera’s popularity is going to skyrocket as she makes her debut on Pakistani cinema.

“A nervous Shaniera behind the scenes of my first Pakistani movie!” wrote the socialite on her Instagram as she revealed the big news to her fans.

Titled Money Back Guarantee, Shaniera’s first flick is a directorial of comedian turned director Faisal Qureshi. And while we don’t have many details on the film itself, Shaniera cheekily gave a glimpse of her shooting spell.

“My twelve days on set included a sprained ankle, a bathroom lock-in, a painful tetanus shot, sleepless nights, loads of chips, language barriers to the next level, a romantic moment and an unforgettable chandelier stunt that gave me an out of body experience,” wrote the upcoming actress.

A nervous Shaniera behind the scenes of my first Pakistani movie! My Twelve days on set included a sprained ankle, a bathroom lock in, a painful tetanus shot, sleepless nights, loads of Lays masala chips, language barriers to the next level, a romantic moment and an unforgettable chandelier stunt that gave me an out of body experience. Do you think I should get a money back guarantee???? What an amazing experience working with the great @faisalqureshi_official and such an awesome cast, it was lots and lots of fun!

She then went on to thank the cast and director Faisal Qureshi for the experience as she left her fans to wonder – what more this talented girl has to offer?