Sharmeen Obaid-Chinoy to feature in “After the Final Buzzer” 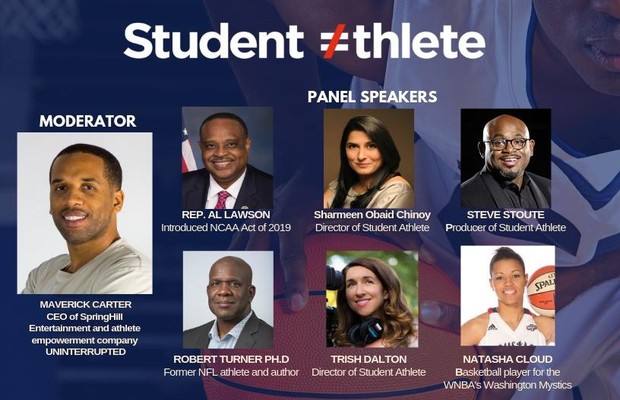 Two-time Academy Award winner Sharmeen Obaid-Chinoy is all set to headline “After The Final Buzzer” on 2nd April 2019 at the historic Capitol Hill in Washington D.C. Hosted by the Congressional Black Caucus and the Congressional Hispanic Caucus, the panel discussion will be followed by an exclusive film screening of STUDENT ATHLETE.

Sharmeen Obaid-Chinoy will feature as a panelist in the award-winning panel for a special conversation about the exploitative world of college sports, the rules of amateur athletics, and how Rep. Al Lawson’s bill — the NCAA Advancement Act of 2019 — would change the student-athlete landscape. Also featuring in the panel discussion will be U.S. Rep. Al Lawson, Florida’s Fifth Congressional District, Steve Stoute, Producer of Student Athlete, Trish Dalton, Director of Student Athlete, Robert W. Turner II, Ph.D., Former NFL athlete and author and Natasha Cloud, Basketball player for the WNBA’s Washington Mystics. 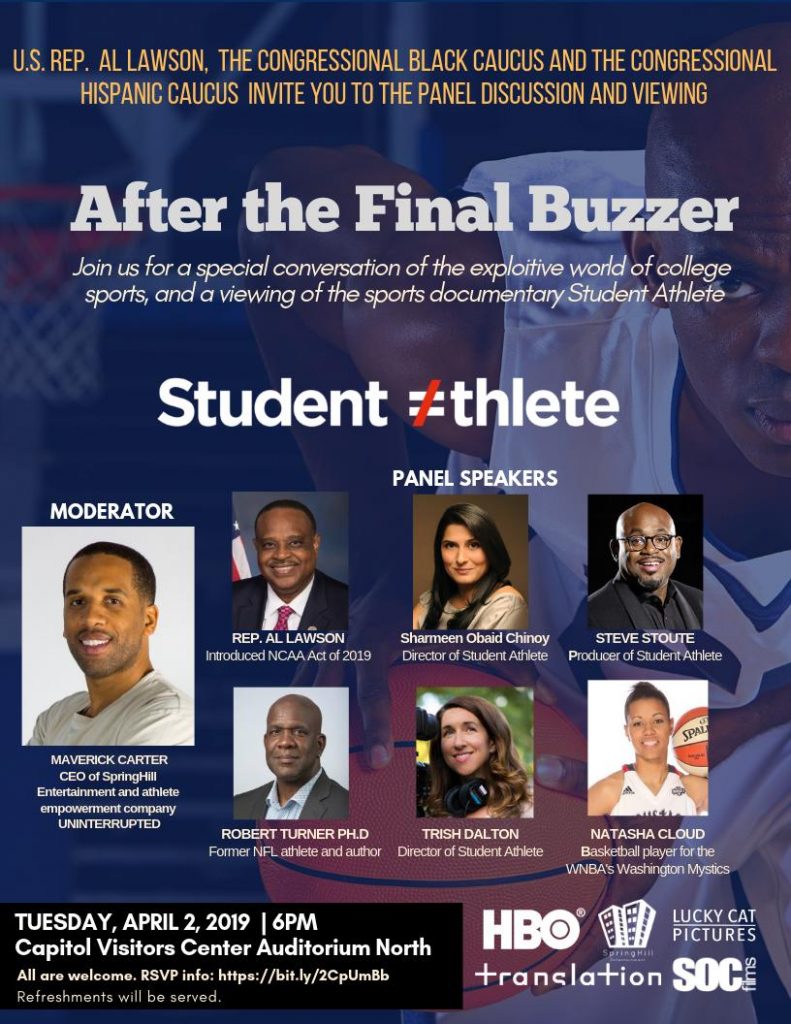 Released in collaboration with HBO SPORTS, the sports documentary STUDENT ATHLETE, is co-directed by Trish Dalton (“Bordering on Treason”) with the production team spearheaded by NBA superstar and three-time world champion LeBron James, one of today’s most socially responsible and community-minded athletes.

With STUDENT ATHLETE, Sharmeen hopes to change the way the NCAA operates and with this partnership with the congressmen, they are one step closer to bringing legislation that will empower athletes-

“We have had success in the past in Pakistan with legislation surrounding honor killings and feel that it is important to use film for social change and to force difficult conversations to affect change,” said Sharmeen Obaid-Chinoy

“Every year, billions of dollars are generated off the backs of an unpaid labor force: college athletes. The panel discussion will examine the rules of amateur athletics and tackle how my bill, NCAA Advancement Act of 2019, would change the student-athlete landscape. The legislation would eliminate the “one and done” rule, provide medical coverage for sports-related injuries, and create an easier process for student athletes to gain work opportunities while in school. As a former college basketball player, I understand firsthand the sacrifices and struggles student-athletes face. My goal with this bill is to provide NCAA athletes the support they need to be successful long after their college playing days are over.” said U.S. Rep. Al Lawson, Florida’s Fifth Congressional District

Unpaid college athletes generate billions of dollars for their institutions every year. STUDENT ATHLETE unveils the exploitative world of high-revenue college sports through the stories of four young men at different stages of their athletic careers, as well as a coach-turned-advocate and a whistle-blowing shoe rep who exposes the money trail. The documentary spotlights: former NCAA and NFL coach John Shoop; New Jersey high school basketball phenom Nick Richards, now at the University of Kentucky; Mike Shaw, who played at the University of Illinois and Bradley University; Shamar Graves, a former wide receiver at Rutgers University; and Silas Nacita, a walk-on who played at Baylor University.

tweet
Share on FacebookShare on TwitterShare on PinterestShare on Reddit
Saman SiddiquiMarch 31, 2019
the authorSaman Siddiqui
Saman Siddiqui, A freelance journalist with a Master’s Degree in Mass Communication and MS in Peace and Conflict Studies. Associated with the media industry since 2006. Experience in various capacities including Program Host, Researcher, News Producer, Documentary Making, Voice Over, Content Writing Copy Editing, and Blogging, and currently associated with OyeYeah since 2018, working as an Editor.
All posts bySaman Siddiqui