Reports are ripe that Esra Bilgiç is going to be involved in the upcoming Pakistan Super League as part of the Peshawar Zalmi entourage. 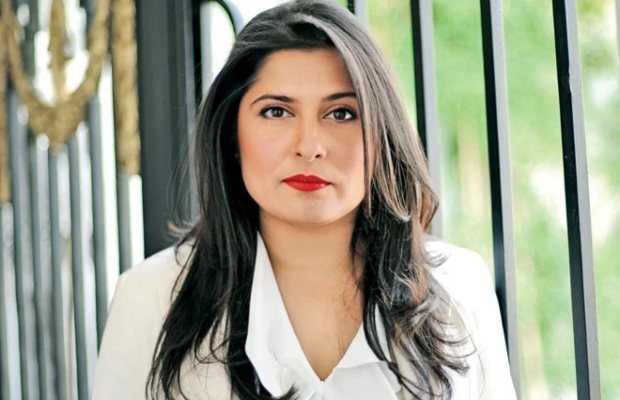 Sharmeen Obaid is not happy with PSL franchise Peshawar Zalmi for considering Esra Bilgiç as its ambassador.

“you don’t know anything about the industry how can you say it’s good for it? We have a very small industry we have to protect it once we grow we can open up- please do your research before making such tall claims- we have very few films being produced in the country, we have limited budgets- you can’t grow if you open up, like every industry when it’s in its infancy you have to protect it- this is not about close-mindedness or about being jealous this is being practical given the resources we have,” Sharmeen commented on the Instagram post.

“I find this hilarious! A Turkish actress whose country doesn’t even play the sport will now be a mascot for cricket- what happened to Pakistani actresses by the way? Did they all disappear that we have to get foreign ones? Whatever is left of our industry will die if you keep paying Turkish actors for jobs Pakistani actors can do!.” Sharmeen Obaid Chinoy further added. 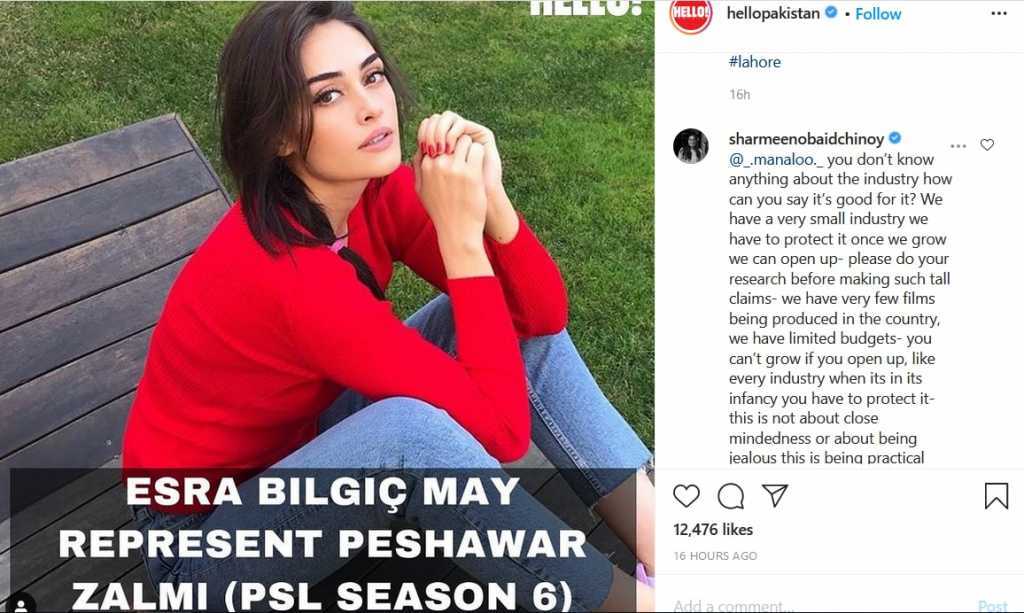 It was the other day when a Turkish star posted a picture of the Islamia College Peshawar on her social media flaming the speculations that she is currently in Peshawar. 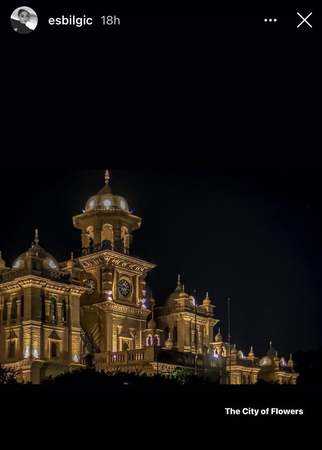 As soon as the starlet posted about the City of Flowers, Javed Afridi, chairman of Peshawar Zalmi, right after Esra, tweeted the same lines adding some weight to the speculation.

It was last year in July when Esra took to social media and shared that she will be sharing some good news and tagged the Zalmi account as well as Javed Afridi.