Sharmeen Obaid is working on her next animation feature film ‘Sitara’ 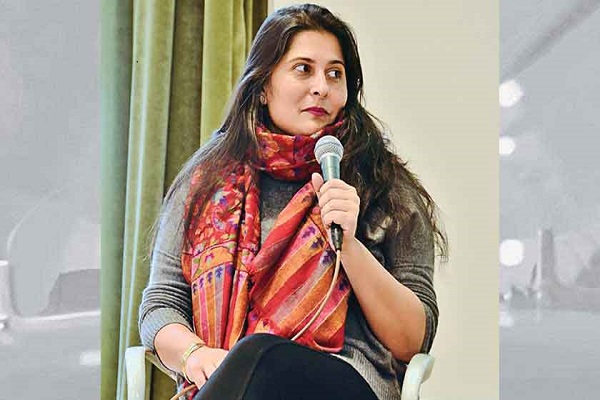 Two times Oscar winning filmmaker Sharmeen Obaid Chinoy is all set to come up with her next animation project, titled Sitara. Although Sharmeen has previously worked on animated film trilogy, 3 Bahadur, this animated feature is however, going to be Pakistan’s first animated film to release internationally.

Being an SOC production, expectations from Sitara have already risen as it is slated to release globally somewhere in mid of 2019. “Sitara is going to be Pakistan’s first animated film that will be released internationally – including North America,” shared Sharmeen Obaid in an event. She said details would follow but the summer of 2019 would be to watch out for.

The first look of Sitara was revealed at the premiere of 3 Bahadur: Rise of the Warrior prior to the screening. It just showed a glimpse of the film’s stylized title, without revealing much information.However, from what one can expect from the filmmaker who has made a name by venturing into animation with not just the 3 Bahadur but the Agaahi series as well, hopefully Sitara will have a strong story to complement her style of narrative, which is usually based on women empowerment.

tweet
Share on FacebookShare on TwitterShare on PinterestShare on Reddit
Rameeza NasimDecember 19, 2018
the authorRameeza Nasim
Rameeza Nasim, a Paralian, passionate about poetry, drama and fiction. By giving drama critiques I feel like I am endorsing the writer's message to the audiences, I love my job. Being a critic responsibility lies on my shoulders to point out the flaws and shortcomings of the play be it on writer's , performers or director's end . I did my Masters in English Literature and Linguistics .
All posts byRameeza Nasim