Sinha thinks if they can work with Sanjay Dutt after him serving time, not working with Ghai would be hypocrisy 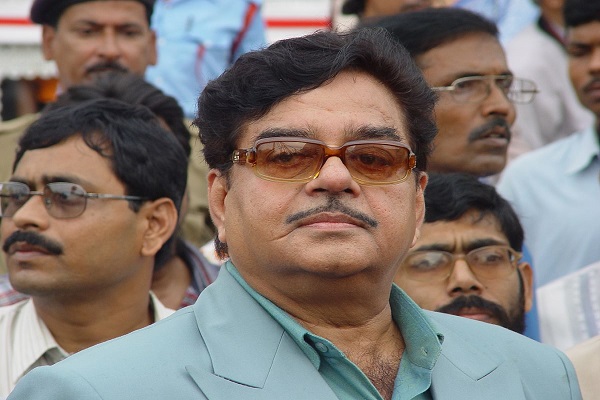 Because of the ongoing #MeToo movement in India, things have been going haywire and so when veteran actor Shatrughan Sinha, who has worked with Subash Ghai on a number of films, was questioned about the allegations against him, Sinha showed support for the filmmaker.

In an interview with IANS, Sinha, while talking about the #MeToo movement in India, said, “I am all for the MeToo movement, never in my 40-year career have I misbehaved with any woman. I treat every lady with utmost respect. Having said that, I think this MeToo campaign is being blown out of all proportion… While the cause was definitely noble and praiseworthy, it has now become a free-for-all. Anyone can name and shame anyone. Reputations and jobs are being lost through a trial by media. To all the women who are aggrieved, I say, please go to court and make sure the wrongdoers are punished.”

When questioned whether the actor would want to work with Subash Ghai after the allegations against him, Sinha said, “Why not? If he is proven innocent, why not? Even if he is proven guilty, and he serves the punishment given to him, I’d work with him.”

Subash Ghai was recently accused of drugging and raping multiple women. If true, Ghai would have to serve a long punishment.

The veteran actor justified his stance and said, “Sanjay Dutt served his jail sentence and is back working in our large-hearted film industry. In fact, we had no problem working with him even when he was an accused in a serious case.”

Shatrughan Sinha believes it would be hypocrisy if he chose to work with Sanjay and not with Ghai. However, what we don’t understand is that Dutt served time in prison for only possessing a weapon however, Ghai is a convicted rapist, which by far is a serious charge.