Shawn Mendes and Miley Cyrus will perform together at the Grammys

Shawn and Miley, have all but confirmed that they'll be performing together at the Grammys on Sunday night 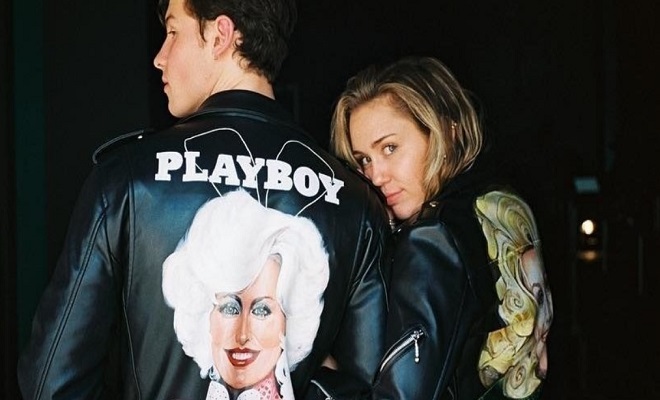 So here’s another news for all Shawn Mendes and Miley Cyrus fans. The duo is reportedly preforming together at this year’s Grammys.

According to very strong rumors, Shawn and Miley, have all but confirmed that they’ll be performing together at the Grammys on Sunday night. The performance will be a classic karaoke number: “Islands in the Stream.” As made famous by two of country music’s finest.

Both singers have heavily hinted at the performance on social media over the past couple of days. Miley also posted some backstage rehearsal selfies in which Shawn’s name was visible in the background. Then stans uncovered footage of the duo rehearsing “Islands in the Stream” together. We also have a picture of both Shawn and Miley arm in arm, wearing an incredible black leather Dolly Parton jacket. Cyrus captioned her version of the photo with an “Islands in the Stream” lyric.

Grammys this year is going to be highly inspired by country music. Lady Gaga, who will hit the stage with Mark Ronson, will perform something from “A Star Is Born” or “Joanne,” and Dolly Parton is being honored with the MusiCares Person of the Year Award by the Recording Academy.

It’s not confirmed whether Shawn and Miley’s performance will be linked to another Dolly Parton tribute set to take place on Grammys night, but certainly the two are performing together.