Sheikh Hamdan and Sheikha Sheikha binte Saeed married in May, 2019. 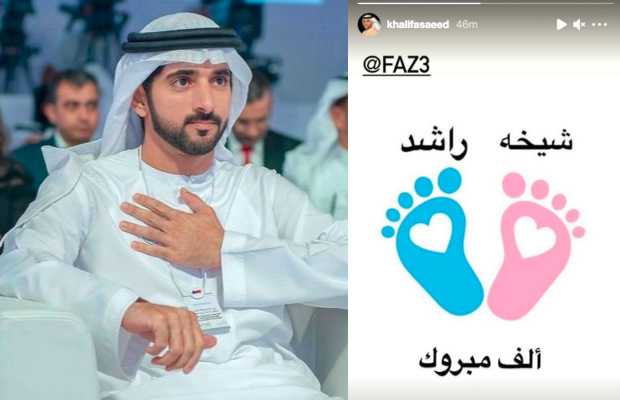 Sheikh Hamdan, Crown Prince of Dubai and Chairman of the Dubai Executive Council, is a father now as he announced the birth of his twins.

Sheikh Hamdan announced the birth of twins in an Instagram story – a baby boy and girl, with a cute image of footprints, one pink and one blue. 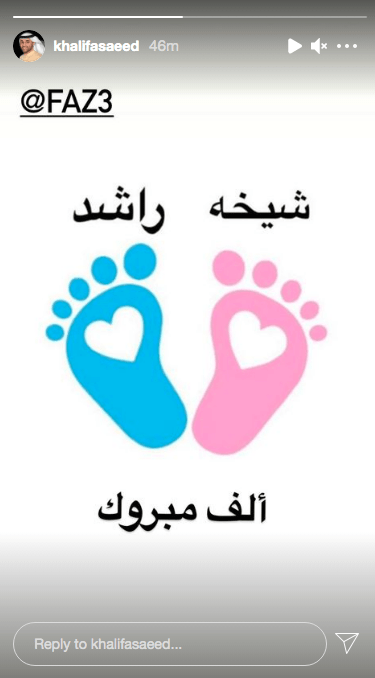 The baby boy has been named Rashid, while the baby girl’s name is Sheikha.

What we get to know is that the baby girl has got her mother’s name, while the baby boy has been named after Sheikh Hamdan’s late grandfather, Sheikh Rashid bin Saeed Al Maktoum.