“Make a better song next time and if you can’t, let me know I will sing it for you," he said. 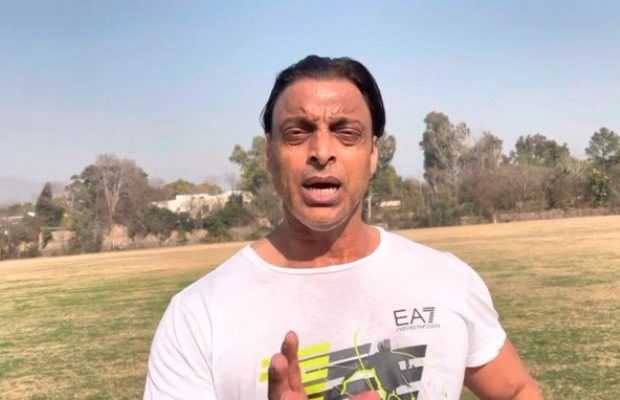 The mixed reactions continue to pour in for the newly released PSL 6 anthem with many speaking in its favour and a number against the choice of singers for the much-anticipated sports event of the country.

Shoaib Akhtar claims that he could have sung it better!

The Rawalpindi Express in his YouTube program episode harshly criticised the new anthem saying, “If the 10 worst songs of the PSL are compiled, this song will be number one. Do you have any shame?.”

he went on to say, “My kids are scared of this song. When they don’t sleep, I tell them I’ll play it for them. That immediately scares them.”

“I failed to understand the lyrics of the song or the song itself. What does groove mean? What is a groove? I am sure even the singers did not know the meaning of the word groove,” he added.

Though he has no complaints against the singers, as he says they only did their job.

But he went on to mock the costumes the Young Stunners wore in the video, by saying: “What have you done? You hid the clothes of our Chief Selector Mohammad Waseem and dressed the rappers in them.”

“Make a better song next time and if you can’t, let me know I will sing it for you,” he concluded.

tweet
Share on FacebookShare on TwitterShare on PinterestShare on Reddit
Saman SiddiquiFebruary 11, 2021
the authorSaman Siddiqui
Saman Siddiqui, A freelance journalist with a Master’s Degree in Mass Communication and MS in Peace and Conflict Studies. Associated with the media industry since 2006. Experience in various capacities including Program Host, Researcher, News Producer, Documentary Making, Voice Over, Content Writing Copy Editing, and Blogging, and currently associated with OyeYeah since 2018, working as an Editor.
All posts bySaman Siddiqui