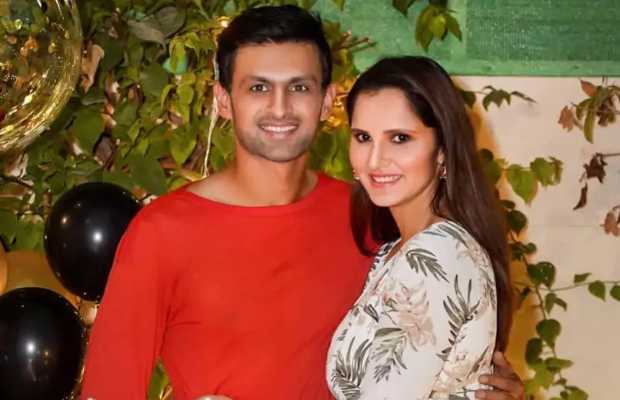 Shoaib Malik once again forgets to wish Sania Mirza on their anniversary!

However, it seems like Malik Sahab is getting habitual of forgetting their wedding date.

“Wishing you a day late as always,” Malik said in his tweet.

“Love you, Sania, to the moon and back begum, Bay-Ghum,” Shoaib added.

Wishing you a day late as always, love you @MirzaSania to the moon and back begum, Bay-Ghum 😉 ♥️

Twitter started to have a field day after Shoaib Malik’s Tweet and there were a number of fans who lent him a few golden pieces of advice.

Ensure you have iodex and painkillers at home 😖

This isn’t a mistake. This is war 😂

While Sania Mirza didn’t forget to wish her husband.

Marking their 11th anniversary Sania shared two throwback photos of the couple along with a cheeky caption.

“Through ‘thick’ and ‘thin’, they said 😜 through good and bad ❤️ Happy Anniversary to my main.. to many more years of irritating you InshaAllah 😏 11 YEARS!!!”, she wrote.

The couple tied the knot in 2010 and welcomed their first child Izhaan in October 2018.

The 39-year-old all-rounder played his last international game, a T20 international against England in Manchester in September 2020.

His last appearance in the 50-over format came against India at the 2019 World Cup.

Shoaib Malik made his international debut in an ODI against the West Indies in Sharjah in 1999. His Test debut came two years later against Bangladesh.

Shoaib Malik has 7,534 runs next to his name in the ODI format, including nine centuries.

In the Test format, he has scored 1,898 runs including three centuries.