As she featured wearing a Native American headgear for her Dabboo Ratnani Calendar 2019 photoshoot. 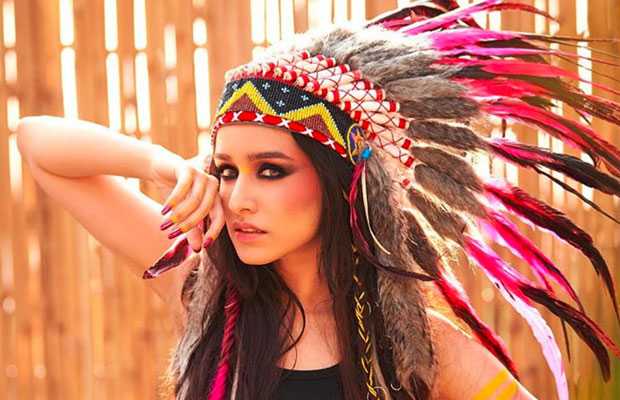 Cultural appropriation is the act of inappropriately adopting ideas from a culture that’s not one’s own, especially of minorities, in an ignorant and unacknowledged manner by a relatively dominant community.

The latest to fall for cultural appropriation is Bollywood actress Shraddha Kapoor, as she was featured wearing a Native American headgear for her Dabboo Ratnani Calendar 2019 photoshoot.

Her photoshoot for Dabboo Ratnani’s annual calendar has been called out by an Instagram page for cultural appropriation after the actress wore a Native American headdress for misappropriating Native American culture.

Diet Sabya, a self-proclaimed fashion watchdog which claims to be committed to exposing blatant fashion copies.

ART OR CULTURAL APPROPRIATION?
.
.
.
According to our basic birthright source, Wikipedia, the wearing & displaying of such headdresses, and other ‘indigenous traditional arts and sacred objects’ by those who have not earned them — especially by non-Natives as fashion or costume — is considered extremely offensive by traditional Native people. The ‘controversy’ is part of a wider effort by Native American activists to highlight the ongoing cultural genocide against indigenous peoples (especially in the United States and Canada). The stupid trend of musicians and festival-goers wearing warbonnets across festivals has led to criticism by Native Americans, apologies by non-Natives, and the banning of headdresses as costumes by several big-league music festivals. We thought this was common knowledge. Yet, we are here, talking about it being appropriated by a celebrity calendar. @shraddhakapoor by @dabbooratnani for #dabbooratnanicalendar

While Shraddha and Dabboo Ratnani’s comments are being awaited over this matter. the followers of the page agreed to the claim and came in lauding the post. 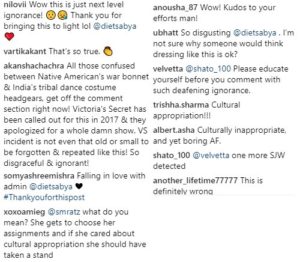