Smoking is a disgusting habit, heartthrob Sheheryar Munawar wants to kick it soon 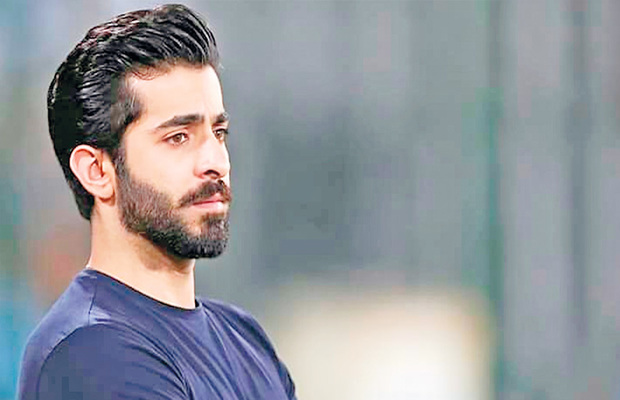 It is commendable, that Pakistan heartthrob star Sheheryar Munawar has acknowledged his own bad habit and aims at working towards his betterment, meanwhile being aware of his responsibilities to his followers.

The Parey Hut Love star took to social media, admitting smoking is disgusting and he wants to kick it soon. He posted a photo of from his Parey Hut Love poster shoot, in which he is holding a cigarette.

Sheheryar addressing his young fans, in particular, wrote: “Disclaimer: smoking is a disgusting habit which I’ve struggled with and hopefully can kick it soon. To all the kids reading this, don’t take it up! It’s not cool. However, for some reason, all my photographer friends feel it has a cinematic appeal to it when taking pictures”.

“So what I’ve decided is that If I do put up such pictures I’ll always put a disclaimer with the caption: smoking kills”, he further added on Instagram.

There were times when smoking on-screen was portrayed as a cool thing to do for a hero, seems like 2019 has brought some changes. Even if someone is shown smoking a disclaimer also appears on the screen most of the time, discouraging viewers.

It’s a good thing that actor wants to quit smoking and is also communicating a message over Instagram for kids out there, an as large proportion of users at Insta are young people. But using a photo of him holding a ciggy wasn’t a wise thing to do. Since the disclaimers are on cigarette packets too and that and that does not seem to deter smokers.

tweet
Share on FacebookShare on TwitterShare on PinterestShare on Reddit
Saman SiddiquiSeptember 6, 2019
the authorSaman Siddiqui
Saman Siddiqui, A freelance journalist with a Master’s Degree in Mass Communication and MS in Peace and Conflict Studies. Associated with the media industry since 2006. Experience in various capacities including Program Host, Researcher, News Producer, Documentary Making, Voice Over, Content Writing Copy Editing, and Blogging, and currently associated with OyeYeah since 2018, working as an Editor.
All posts bySaman Siddiqui