Sonya Hussyn opens up about doing Azaadi and her upcoming film Sorry: A Love Story

"I said no to Sohail around two three times before I signed Sorry," Sonya Hussyn 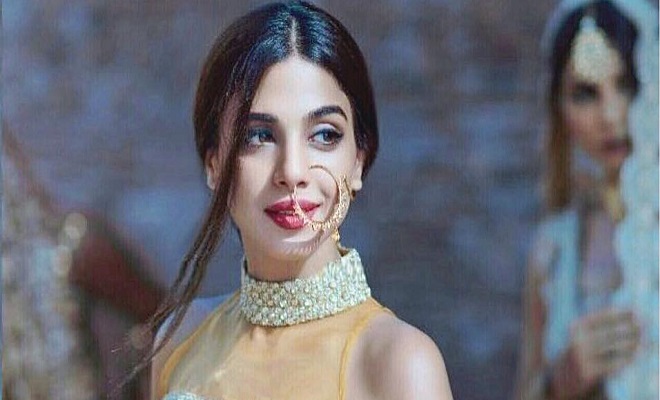 A physiologist by education and an actor by profession, Sonya Hussyn began her media career with an audition for a small hosting job. We saw her doing memorable plays over the span of her career. What people take years to achieve, Sonya Hussyn has done so in very little time. Now, the diva  has her eyes set on the moon and craves to achieve more than she already has.

Talking to Oye Yeah during a media junket, Sonya addressed a number of questions. From the signing of Azaadi, to a film not performing well, and doing socially charged projects, Sonya Hussyn spilled the deets on a lot of things.

Sonya talked about how she did not regret doing Azaadi, even though the film couldn’t do well on the box office. She calls the film a good, learning experience for herself.

According to Sonya, for an actor, a film’s box office success doesn’t matter much. Every film has aims which it sets out to achieve, but they’re a risky business out and out. She added how a film’s failure would never affect her as an actor as long as she got the satisfaction she needed working on a character.

For preference Sonya also mentioned how she would want to do both films and television since a film was forever. “I personally feel Pakistan’s drama industry has been the strongest. We have the best scripts, writers and directors, so yes, I’ll consider doing both films and dramas along side.”

Addressing the #MeToo movement that is picking up pace and revealing new names in India, every single day,  Sonya shared about the movement she had recently joined. “Inkaar Karo, is a stage that should occur before we open up to any Me Too stories. Through this movement we are trying to teach people to say No. We need to teach our girls to say No. No matter what anybody tells them, they need to know the power of saying no to something they don’t want to,” said Sonya stressing how important it was for a girl to be taught to say no, before she could move on to a phase that required her to share her #MeToo story.

“Its sad how women are not supporting fellow women when it comes to such a thing. A victim of sexual abuse goes through a trauma and its not easy for them to open up sooner or later. Those shaming them for speaking up or doing so, very late, need to learn to be humble and acceptable,” shared the Meri Guriya actress.

About her transformation to a diva from a girl next door, Sonya said how she would give major credit to her stylist. “We work very hard. My stylist and I. Even though we didn’t have any focus on such things initially, but being a part of this industry, you have to follow the trends and fashions, especially when so many people are following you. I love experimenting now.”

Sonya recently signed her third cinematic outing. Starring in Sorry: A Love Story alongside Faysal Qureshi, Aamina Sheikh and Zahid Ahmed, Sonya will be seen on the big screen for the second time. Talking about the film, she shared, “Sorry: A Love Story will be a rom-com. Initially I thought I would never be able to do such a character and I also said no to Sohail around two three times before I signed it. I thought I couldn’t do it, but Sohail said he wanted me as he  saw Aaliya’s character in me. And when a director expresses such faith in you, you just take up the role.”