In an Instagram story, Sonya shared a note in response to Chinoy's comments. 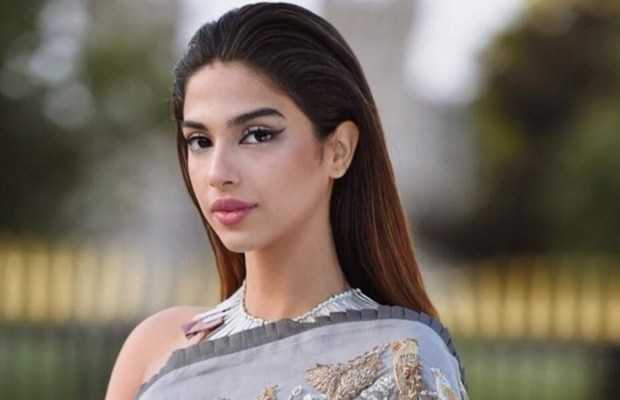 It was the other day when Oscar-winning director Sharmeen Obaid Chinoy called Sonya Hussyn out for her remarks about top actress Mahira Khan’s appearance in Bollywood film Raees.

Hussyn had made those comments in a 2018 interview as she appeared on the After Moon Show hosted by Yasir Hussain on August 12, 2018.

In an Instagram story, Sonya shared a note in response to Chinoy’s comments.

“Pulling one woman down while putting up another in full view of public and talking about upbringing!” Hussyn said in her Instagram Story.

“Besides, the pandemic has given too much extra time to some people to “dis” others by taking things out of context,” she added.

Sonya further went on to say that had she been asked about the role she would choose, she would’ve chosen another of Mahira’s films, pointing out that “freedom of expression related to work is not disrespectful in any way.”

“Ms. Chinoy, your choice of words, tone, and tenor doesn’t behove Academy Awards Winner and lest you didn’t know, I have never aspired to be Mahira. She’s excellent and amazing in her own right and I am on my own journey,” said Sonya while directly addressing SOC. 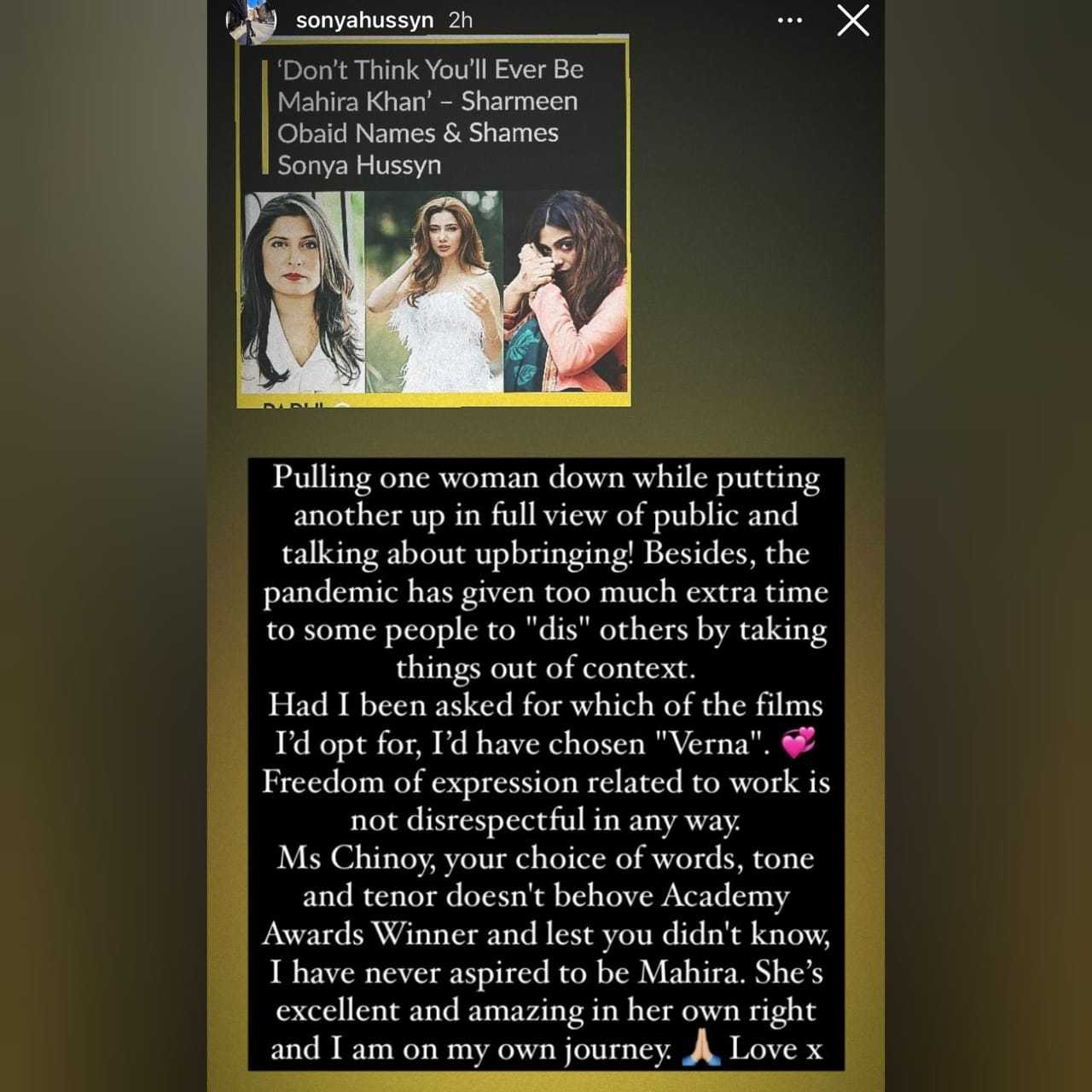 It all started after an old interview bit caught Chinoy’s attention and she lashed out at the Saraab actress.

The popular actress Sonya Hussyn while making an appearance on Yasir Hussain’s The After Moon Show in 2018. During the rapid-fire segment of the show, Yasir asked Sonya that if she was Mahira Khan which film of hers she would have not done?