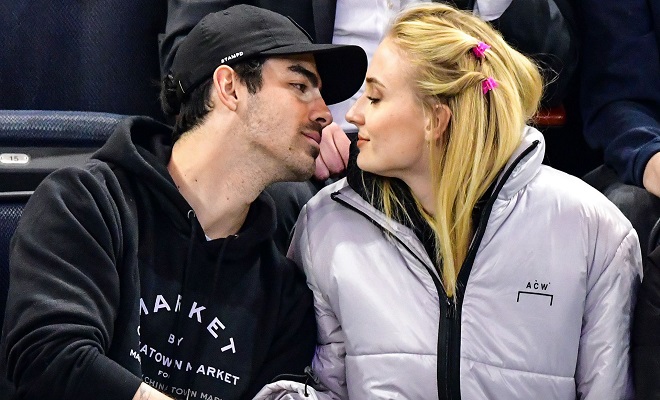 Sophie Turner and Joe Jonas had their much awaited and much hyped wedding ceremony over the weekend in France. While the world still awaits for pictures from their grand wedding, itsy bitsy details have started to surface that have left us ‘aww’.

As per an inside source, the couple who had a casual and fun wedding last month in Las Vegas, this time around had a more sentimental tone during the wedding. The emotions further heightened as Joe and Sophie exchanged the wedding vows.

“Joe and Sophie both teared up while reading their vows,” a source told E-News – an American blog site.

With my love in the mountains 🏔

“Everyone stood and cheered and they had huge smiles as they left as a couple. It was an emotional ceremony,” added the source.

“Their love really shows and watching them together touched everyone at the wedding. They couldn’t keep their eyes off each other. It was emotional for everyone involved during the ceremony because Sophie and Joe sweetly welled up. They had such happy tears, everyone felt their emotion,” shared the source.

With my love in Paris ♥️

It has also come to internet’s knowledge that Priyanka Chopra Jonas, sister in law of Joe and Sophie was also teary eyed as she attended the wedding.