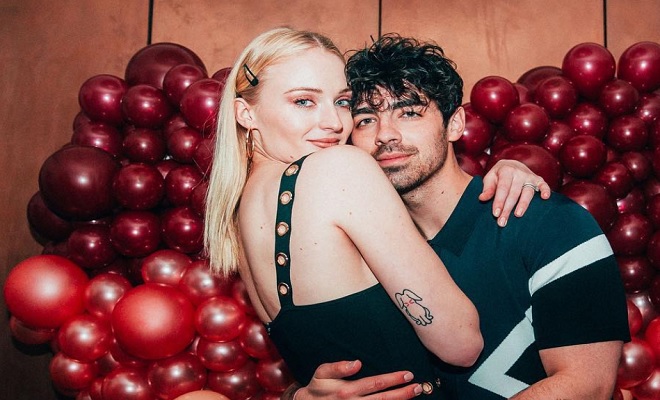 The Game Of Thrones sensation Sophie Turner and the Disney Star Joe Jonas secretly tied the knot in an impromptu wedding ceremony on May 1, two hours after the Billboard Music Awards in Las Vegas. The sudden news came off as a surprise to all the fans including the couple’s very own parents.

It is reported that the two lovebirds along with few of their celebrity friends including Priyanka Chopra and Diplo headed over to the little white Chapel.

The wedding was totally impromptu, and it shows with how an Elvis impersonator married them and the couple chose to have ring pops instead of actual rings.

When asked the couple if their parents were aware, Jonas said “They do, the internet told them! I’m still trying to make it better!”

However Sophie T’s Mom Sally revealed that her daughter called her moments before the wedding. “I’m absolutely delighted and so is my husband Andrew,” she said.

As far as we know, Nick and Kevin Jonas were the only members of the family who attended the secret wedding.