Actress shares a hilarious reason at a recent interaction. 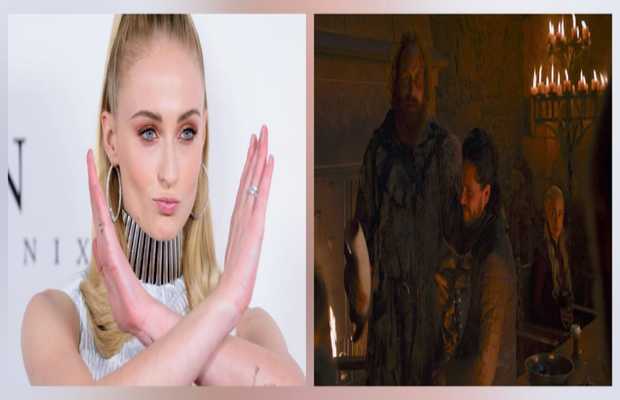 It’s been a while since the eighth and concluding season of Game of Thrones aired, but still, the epic fantasy series is still talk of the town.

The last season received mixed reviews by both critics and audience, including a petition signed by millions of fans demanding remake of the final season.

But amidst all the criticism, there had been gaffe that hit headlines and left the audience in disbelieve, a coffee cup which was left mistakenly at the scene went on-air in S8-E4.

And days after Sophie Turner aka Sansa Stark, joked that it was Emilia Clarke’s fault, she has now shifted the blame to Kit Harington aka Jon Snow.

It was during an interaction with Conan O’Brien, that Sophie talked about the infamous coffee cup mistake and chuckled saying, “I hear this every day of my life, this coffee cup thing, so it’s good to know that the coffee cup got more press than the final season altogether.”

Sophie put the blame on Kit and his laziness saying, “First I blamed it on Emilia, but I don’t think Emilia would do that. Kit is lazy and I think he would have done that. It was in front of Kit’s chair and then obviously he moved and this picture was taken and it looked like it was in my seat, but I wasn’t there either.

“It was Kit. It was a hundred percent Kit,” she added jokingly!

Though Sophie Turner’s journey as Sansa Stark in Game of Thrones series came to an end, however, she will be appearing as Jean Grey in upcoming ‘X-Men: Dark Phoenix’.