Has Sophie Turner Revealed A Spoiler or Just Trolled the Fans? 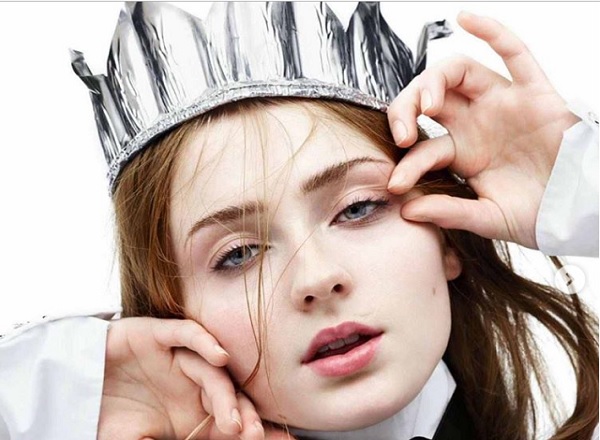 The hype of the biggest television series Game of Thrones has gone to a whole new level since the announcement of Season 8 was made by HBO. And if anyone thought that with the season premiere, fans were going to calm down a bit, they were simply wrong!

It seems that with every passing day and for the next five weeks (yes only 5 L weeks) the diehard fans of GOT are going to just look at everything in the context of the saga’s story will unfold for them. This is exactly what happened when Sophie Turner aka Sansa Stark posted a picture of herself sleeping on the sets of Game of Thrones and fans got a heart attack.

The Lady of Winterfell, as Sophie goes by in the show, posted a picture on her Instagram with the caption “In honour of the final season of Thrones premiering tonight …. Here’s a picture of me asleep on set.” The fans were quick to jump to conclusions and many thought it’s a massive spoiler of *Sansa dying in the upcoming episodes*.

Apparently the reason of fan’s considering Sophie’s picture a spoiler is because of the ‘odd’ face that she has while ‘sleeping’ but aren’t we all guilty of making somewhat dead faces when we are deep asleep? Also what about the blue blanket she’s wearing for that cosy comfy on-set nap? Given this we are assuming it to be the actress sleeping on the set and not a glimpse of an upcoming scene. And what if Sophie is just messing around our innocent brains and left a picture to troll all the fans of Sansa?

Nonetheless, fans have started calling the shots and many now believe that Eddard Stark’s eldest daughter is soon to die.

While we are not completely sold on the fact that Sophie would commit such a huge blunder at this crucial stage of the show, given her contract with HBO and the legal matters involved that keep the stars of GOT too cautious to reveal anything EVEN BY MISTAKE. We too are keeping fingers crossed along with the fans that claim this photo to be a spoiler – (and here’s silently hoping Sansa doesn’t die).