Sulli, 25, whose real name is Choi Jin-ri, had suffered torrents of online abuse 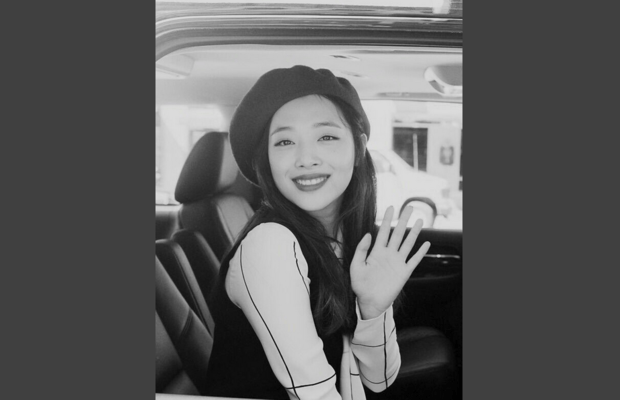 Korean singer and actress Sulli has been found dead on Monday at her house in Seongnam, Gyeonggi Province.

“So far, it seems she killed herself, but we will leave all possibilities open and investigate,” a police official said.

Reportedly, Sulli’s manager spoke to her on Sunday evening and went to check on her as he was unable to reach her on Monday.

The singer, whose real name is Choi Jin-ri, was found on the second floor of her house in Sujeong-gu, Seongnam, south of the capital city, Seoul.

On her sad dismissal, in a statement, SM Entertainment, Sulli’s agency, said her death was “very hard to believe and sorrowful”.

A representative for the agency wrote: “We are sorry for having to deliver such sad and regrettable news. Sulli has left us.”

“We cannot believe the current situation, and we are struck with grief,” they continued, adding the request that articles containing unconfirmed rumors not be published out of respect of the grieving family.

The agency concluded its press statement by expressing their deep condolences.

Her first solo album, Goblin, was launched earlier this year in June, as she resumed her music career in 2018 after a three-year break.

The 25-year-old got her start as a child actor and had been pursuing a solo career. Reportedly, the K-pop star was battling severe depression and had spoken out against cyber-bullying in the past.

She had been a member of the popular K-pop band F(x) but left in 2015 to focus on her acting and solo singing career. It is also reported that the pop singer had suspended her music career due to the abuse she had received since September.

“Don’t misunderstand me. I’m not a bad person”

you did nothing wrong. you are definitely not a bad person .My deep condolence to these angel 🕊 #Sulli pic.twitter.com/vRbwhQwtBr

She made her last cameo appearance in the recent hit K-drama series Hotel Del Luna.

Sulli, who had almost six million followers on Instagram, sparked controversy in conservative South Korea by refusing to wear a bra.

tweet
Share on FacebookShare on TwitterShare on PinterestShare on Reddit
Saman SiddiquiOctober 14, 2019
the authorSaman Siddiqui
Saman Siddiqui, A freelance journalist with a Master’s Degree in Mass Communication and MS in Peace and Conflict Studies. Associated with the media industry since 2006. Experience in various capacities including Program Host, Researcher, News Producer, Documentary Making, Voice Over, Content Writing Copy Editing, and Blogging, and currently associated with OyeYeah since 2018, working as an Editor.
All posts bySaman Siddiqui