He arrived in Pakistan along with the first batch of pilgrims coming to Gurdwara Darbar Sahib, Kartarpur on November 9th, 2019.

For Pakistanis, it was a sheer delight to see an amazing Bollywood artist arriving in Pakistan, though the relations between the neighbouring countries sour in wake of Indian occupied Kashmir crisis. However, in the wake of certain events, Pakistani artists are no more allowed to visit India and as the ban has been imposed.

In good times, Pakistanis who used to watch Bollywood movies frequently, after seeing Sunny Deol in Pakistan were reminded of Sunny Deol’s many Bollywood ventures and his famous dialogues that included many anti-Pakistan liners as well. 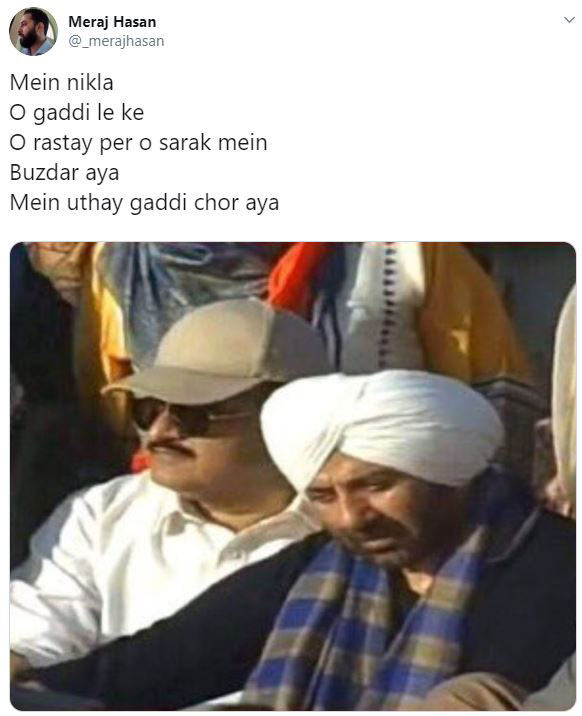 Sunny deol counting the number of movies he did against Pakistan…#KartarpurCorridor pic.twitter.com/CohL2nwnvX

Sunny Deol trying to figure out Whether this is a Movie scene or He Actually Visited Pakistan in Reality. #KartarpurCorridor pic.twitter.com/PndV6V46gl

I hope, just like #SunnyDeol, India comes out of Bollywood fantasy and Pakistan phobia.

#SunnyDeol looks like he is released in bail to attend his sister's wedding after that Usman Buzdar will arrest him. #PakistanOpensKartarpur #KartarpurCorridor pic.twitter.com/qmtPJ9heCP