Sylvester Stallone says his ‘Rocky’ days are over 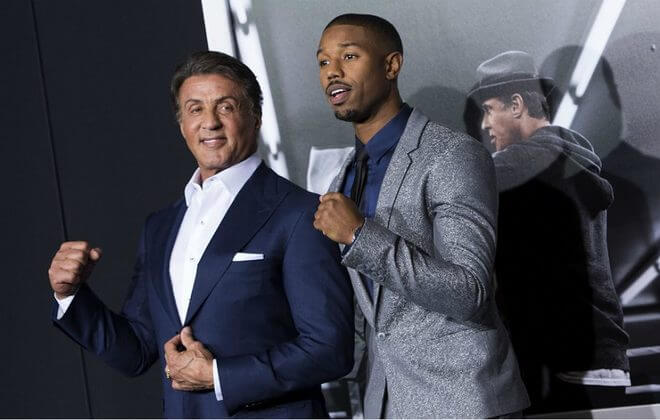 It’s been more than 40 years since Sylvester Stallone first appeared on screen as the Philly fighter Rocky Balboa, he might finally be hanging up his boxing gloves now.

In an emotional Instagram video post on Wednesday after the opening weekend of spin-off film “Creed 2,” Stallone has announced that this is probably his last rodeo.

“I am reposting this because there was a technical difficulty. I just want to thank everyone around the whole wide World for taking the Rocky family into their hearts for over 40 years. It’s been my Ultimate privilege to have been able to create and play this meaningful character. Though it breaks my heart, sadly all things must pass… and end. I love you Kind and generous people, and The most wonderful thing of all, is that ROCKY will never die because he lives on in you ….”, writes the Rocky star captioning a video message.

“My story has been told. There’s a whole new world that’s gonna be opening up for the audience, this generation,” Stallone said in the video.

“I thought Rocky was over in 2006 (with the film “Rocky Balboa”); I was very happy with that. Then all of a sudden this young man presented himself (he signaled toward “Creed” star Michael B. Jordan) and the whole story changed. It went on to a new generation, new problems, new adventures”, he further added.

“Thank you very much, director Steven Caple Jr., and you, Michael, for making this all possible. Now you have to carry the mantle”, said Stallone.

Stallone has implied that the “Creed” films should go on without him. He has embraced Michael B. Jordan’s work as he adds: “Now you have to carry the mantle.”

Six movies, more than a dozen bouts, two spin-off films and one onscreen cancer battle later, the film has offered a lot for the fans to cherish. The character of Rocky has evolved as a mentor in the last two spin-off films.

“Creed 2” has earned $35.3 million in the Thanksgiving weekend in U.S, surpassing the first film’s Thanksgiving debut in 2015.

It seems like the ending left room for Rocky to return for another “Creed” movie, which hasn’t been confirmed by any means yet, but also provided closure for the character.

tweet
Share on FacebookShare on TwitterShare on PinterestShare on Reddit
Saman SiddiquiNovember 29, 2018
the authorSaman Siddiqui
Saman Siddiqui, A freelance journalist with a Master’s Degree in Mass Communication and MS in Peace and Conflict Studies. Associated with the media industry since 2006. Experience in various capacities including Program Host, Researcher, News Producer, Documentary Making, Voice Over, Content Writing Copy Editing, and Blogging, and currently associated with OyeYeah since 2018, working as an Editor.
All posts bySaman Siddiqui