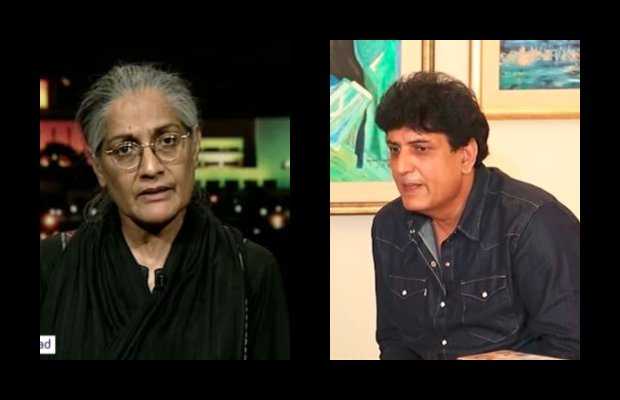 But human rights activist and advocate Tahira Abdullah was not having it as she came head to head with the writer. Utilizing the opportunity fully well, Tahira Abdullah beautifully explained (read educated) the MPTH writer about what feminism actually is and why women are done with the likes of Qamar telling them the definition of feminism and good women.

“Feminism is not the name of an organisation but a revolutionary view; it’s understanding and believing that women, too, are human beings,” said Tahira on Ehtesham Amir-ud-din’s show at Samaa.

“You want to talk about equality, rights, who’s a good woman or a bad woman, who’s a loyal woman, who’s worthy of respect but my respect and my dignity is not in the hands of any man to give or take,” she added.

Tahira went on to add that despite men thinking they are granting women their rights as a favor, it’s actually the constitution that gives women rights by birth and no one can take it away.

“Why should we have to ask? We were born bearing these rights. We don’t need to beg for them whether we’re a daughter, a mother, a wife or nothing at all. Just by virtue of being a woman, we deserve to be treated like a human being,” the activist said.

Referring to Khalilur Rehman Qamar’s interview where he had claimed to be pro-feminism given that the women are good women, Tahira made a point too.

“We don’t need men to define standards of conduct for us or categorise who’s a good woman or a bad woman. This is what we call mansplaining these days,” she said.

“We’re in the 21st century and we’re tired of being judged…Men will tell us who we are or what we should be like? We are against this commodification and objectification and we are tired,” the activist concluded as she schooled the men on the show.