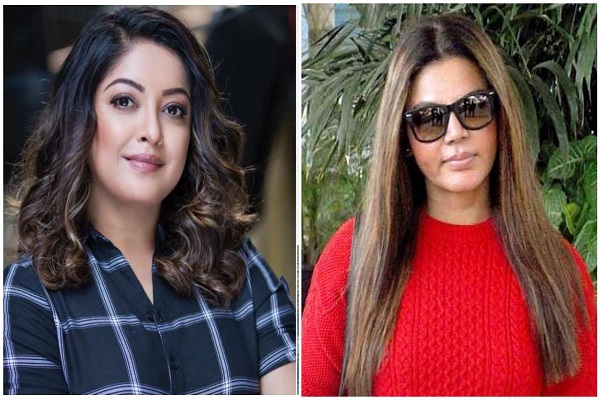 In a rather interesting turn of events, following #MeToo in India, Rakhi Sawant, has accused actress Tanushree Dutta of ‘raping’ her on several occassions.

According to Bollywood Hungama, Rakhi Sawant made the announcement during a press conference.

“I am too embarrassed to say this but I was raped twelve years ago. Being a girl, I shouldn’t even use this word (rape). I am ashamed, upset and hurting while telling this story,” said Sawant.

Rakhi claimed that Tanushree Dutta is a lesbian and that the actress had raped her. “I want to tell about my story and what I went through. I am ‘Angoor’ and she is ‘Langoor’. She couldn’t have the ‘Angoor’ so that is why she has slapped me with Rs 10 crore defamation case.

“I want to tell the world that this disgusting incident has taken place with me, not just once but several times. I am afraid to take names because I am getting threats of murder and gang-rape. I have even filed a complaint to the police,” Rakhi added further.