Ayesha Khurram could not believe how her dream came true! 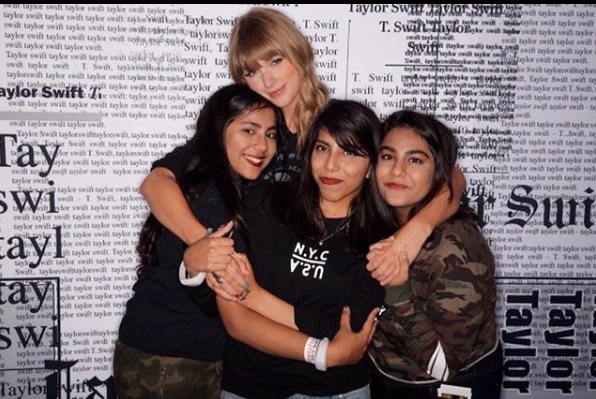 They say Taylor Swift has a heart like nobody else and the Lovers singer proves it yet one more time. This time, Swift came up and helped a Canada based Pakistani immigrant girl pay her tuition fees, without even being asked for it.

After the provincial government announced severe cuts to the Ontario Student Assistance Program, Ayesha Khurram, an Ontario based student and daughter of two Pakistani immigrants was at a loss about paying her rent and tuition fees.

A student of accounting and financial management program at the University of Waterloo, Khurram couldn’t ask her parents for help as they work low wage jobs in Mississauga.

It was on a friend’s suggestion that Ayesha created a PayPal account in case people wanted to help her out.

One of my friends online was like, ‘You should drop your PayPal so we can help you out,’ and I was like, ‘That’s not a bad idea, I should totally do that.’ And then I did. And next thing I know, I literally have no more problems anymore.”

Read More : Taylor Swift opens up about the “very isolating” experience of getting cancelled

she received an email notifying her that singer-songwriter Taylor Swift had sent her $6,386.47 to pay for her tuition. “Ayesha, get your learn on girl!” the message read. “I love you! Taylor.”

“My parents actually cried when I told them the Taylor news because they couldn’t believe it. It’s like a guardian angel is watching or something,” Ayesha said.

“It’s more than what I asked for. She is just so generous. I literally cried myself to sleep last night. This is the kind of thing you don’t expect. You don’t even dream about it. In no corner of your brain are you thinking, ‘Taylor Swift is going to send me money and help me out,” the girl further added.

Earlier Ayesha had met Taylor when she was in town for the Reputation Stadium Tour in August 2018. Swift had invited the superfan backstage at the Rogers Centre to meet her in person.

Alongside Ayesha, Taylor Swift has also helped another student in the US back in 2015 when she sent Rebekah Bortniker a check for $1,989 in order to pay off her student loans.