The announcement has left the Twitter timeline buzzing with all sorts of reactions. 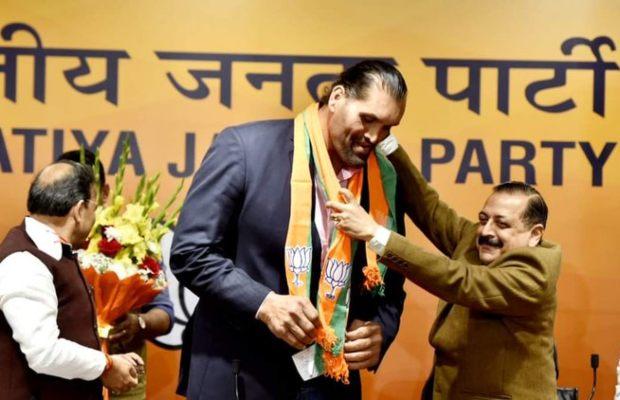 Professional wrestler Dalip Singh Rana, better known as The Great Khali, will now be seen active in the political ring!

Khali hails from the small town of Dhiraina in the Sirmaur district of Himachal Pradesh.

A formal ceremony was held at the Indian ruling party’s headquarter in Delhi where Khali arrived on Thursday. “With The Great Khali joining us, it will be a source of inspiration to youth as well as other people of the country,” said Union Minister and senior BJP leader Jitendra Singh. 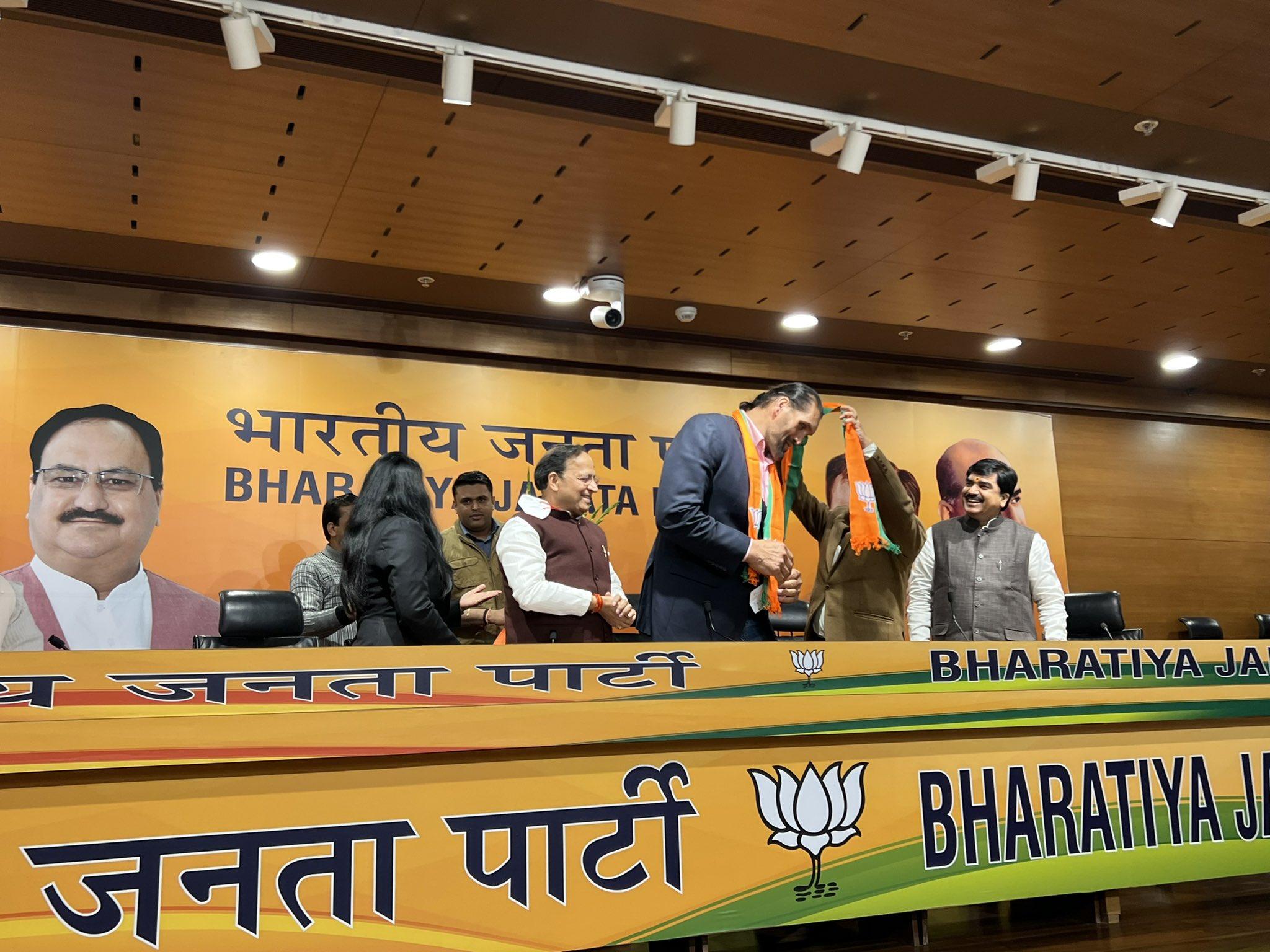 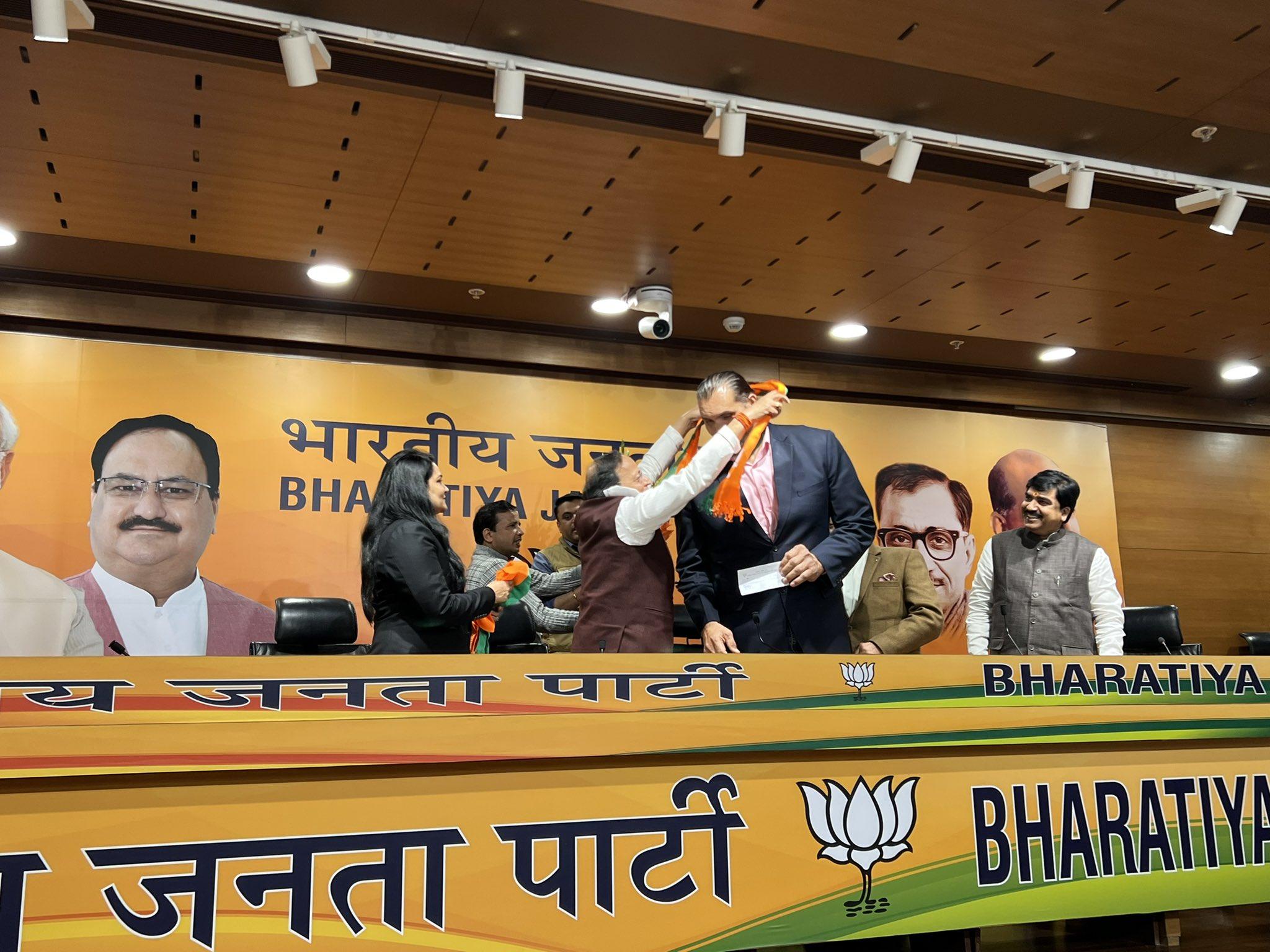 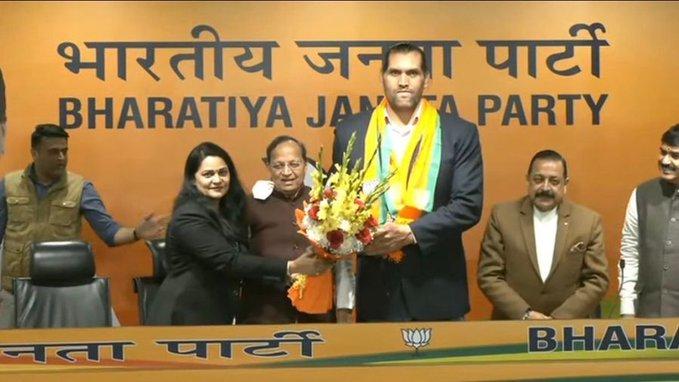 The Great Khali, 49, a former World Heavyweight Champion went on to be inducted into the prestigious WWE Hall of Fame Class of 2021 in the United States.

Apart from wrestling, The Great Khali made cameos in several Hollywood films, like MacGruber, Get Smart, and the Adam Sandler-starrer The Longest Yard.

He has also appeared on the reality show Big Boss.

However, today’s announcement to officially join BJP has left the Twitter timeline buzzing with all sorts of reactions.

BJP now has a second leader with a chest that measures 56 inches. #TheGreatKhali #PunjabElection2022 pic.twitter.com/lxNtfRAFr6

tweet
Share on FacebookShare on TwitterShare on PinterestShare on Reddit
Saman SiddiquiFebruary 10, 2022
the authorSaman Siddiqui
Saman Siddiqui, A freelance journalist with a Master’s Degree in Mass Communication and MS in Peace and Conflict Studies. Associated with the media industry since 2006. Experience in various capacities including Program Host, Researcher, News Producer, Documentary Making, Voice Over, Content Writing Copy Editing, and Blogging, and currently associated with OyeYeah since 2018, working as an Editor.
All posts bySaman Siddiqui