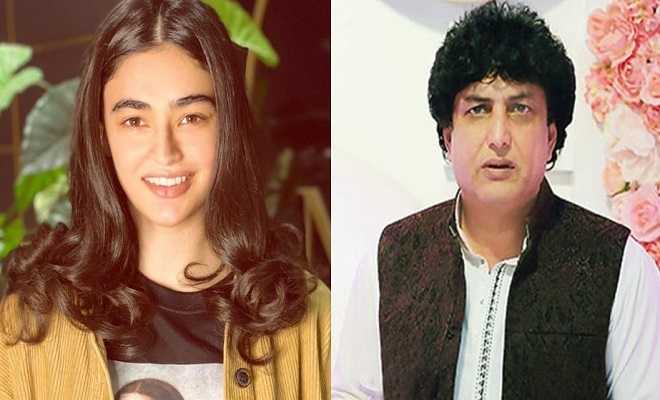 Last month, veteran writer Khalil ur Rehman Qamar embroiled himself in a heavy controversy after he called out a fellow panelist on a live show with dirty names and abuses. Following the episode, the veteran writer again created controversy when he referred to actor Adnan Malik as a transgender. Khalil ur Rehman Qamar came at the receiving end of a lot of hate and criticism, and a number of people, from the industry and otherwise, called out for a ban on the writer as well.

Following the entire episode, actress and model Saheefa Jabbar Khattak, feels that Khalil ur Rehman Qamar, has lost all his respect in her eyes.

In a recent interview with Momin Ali Munshi, Saheefa opened up about what she felt about the entire issue, stating that she didn’t want to respect Khalil ur Rehman Qamar anymore.

“People have been saying that he should be banned or boycotted, I say, he should be kidnapped and taken somewhere. I don’t even feel like respecting him anymore. I don’t want to address him with respect. In fact I’d say, lets just not talk about him because he is beyond discussion now.”

“If you have to give your opinion some time, even if its not right, you can give it while observing manners. You sit on a platform and talk things out with respect. He talked crap about Adnan Malik. Have you ever seen Adnan Malik saying such a thing? No matter what the issue is, you need to keep your manners in check. That man is sick,” adds Saheefa further expressing her opinion about the entire issue.

While conversing Saheefa also added that there had been people blatantly supporting Khalil ur Rehman Qamar because they had a certain mindset which couldn’t be changed.