Thor: Love and Thunder star Chris Hemsworth is working hard to get in shape for the filming of the much-anticipated film.

As being reported the production for the film will kick off sometime in January 2021.

Hemsworth took to social media to share a sneak peek at his workout.

In the caption, he wrote, “Cheat day today. Decided to treat myself to this extra-large donut, gosh it’s heavy”.

Well, that’s the only donut that actually burns calories crushing it! 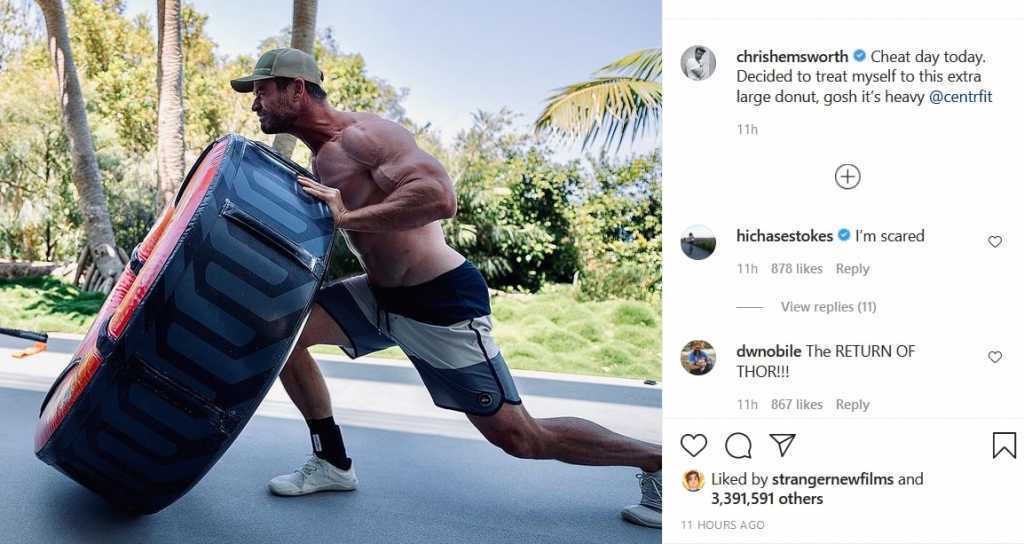 While in an interview earlier, the Thor star said that we should all be expecting something different this time around.

“I’m supposed to be shooting Thor right now, but obviously it got pushed back,” he said.

“I’ll be starting that in January. This is the fourth time with a Thor film and the eighth Marvel film overall. Very excited, excited to try something different. In the last three films, I think we certainly pushed the envelope. We’ve had a few different versions of the character. Now people expect dramatic change. We’ve got our work cut out for us. Taika Waititi, he’s back to direct. He’s writing the script right now. Natalie Portman is going to be in the film, Tessa Thompson. So, we’ve got a fantastic slew of actors in there, and cast and crew.”