First Information Report (FIR) was lodged against the accused on a complaint of Turkish actor Engin Altan. 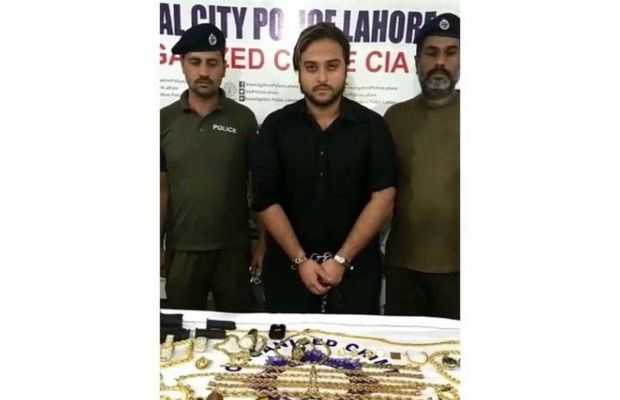 TikToker Kashif Zameer has been granted bail in a fraud case!

A Lahore court on Tuesday granted post-arrest bail to TikToker Kashif Zameer who is in jail on judicial remand, in a case related to alleged fraud with Turkish drama series Diriliş: Ertuğrul’s star Engin Altan Duzyatan.

Judicial Magistrate Noushaba Yousuf approved the bail of the accused subject to submission of a surety bond of Rs100,000.

TikToker Kashif Zameer Chaudhry was arrested in Lahore on June 17  over charges of defrauding Ertugrul star.

As being reported, the Turkish actor had submitted an application online with a request to the inspector general of police for action against the TikToker who claimed to be the owner of the Chaudhry Group of Companies.

A famous TikToker, Kashif is known for his love of wearing heavy gold chains and keeping pet lions at home, had struck a $1 million deal with the Ertugrul star but handed over a $5,000 cheque, which had bounced.

tweet
Share on FacebookShare on TwitterShare on PinterestShare on Reddit
Saman SiddiquiJune 22, 2021
the authorSaman Siddiqui
Saman Siddiqui, A freelance journalist with a Master’s Degree in Mass Communication and MS in Peace and Conflict Studies. Associated with the media industry since 2006. Experience in various capacities including Program Host, Researcher, News Producer, Documentary Making, Voice Over, Content Writing Copy Editing, and Blogging, and currently associated with OyeYeah since 2018, working as an Editor.
All posts bySaman Siddiqui