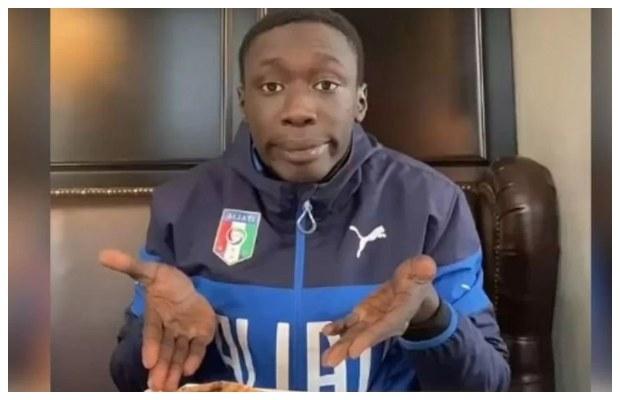 Khaby Lame, a former factory worker in Italy, is now the fastest-growing content creator on TikTok, with a whopping 149.5 million followers on the video-sharing platform and still counting.

In a recent interview, it was disclosed that the 22-year-old content creator is getting an astounding amount of money from advertisers with just one post on the platform.

Khaby Lame became TikTok’s most popular creator in June with 142.8 million followers to his name – a number that has now increased to a whopping 149.5 million.

In an exclusive with Fortune, Lame’s manager, Alessandro Riggio, revealed that Lame is on his way to earning $10 million this year, thanks to his TikTok fame and subsequent endorsement deals.

It was also revealed that he earned $750,000 from a major Hollywood studio for one TikTok video.

He also racks in cash through online brand deals, making roughly $400,000 per clip for collaborations.

As reported, Lame also earned $450,000 in partnership with Hugo Boss, as he walked in their Milan Fashion Week show and posted about it online.

Lame’s videos have received around 2.4 billion likes on the social media platform.

Having 149.5 million TikTok followers makes him the highest-followed person on TikTok.

Khabane Lame, or Khaby on TikTok, is known for his TikTok videos responding to viral and often absurdly complicated life hack videos.

Lame immigrated from his birthplace of Senegal to Italy in 2001 along with his parents and three siblings.

His early posts were mostly in Italian, with Italian subtitles and sometimes Lame spoke in his native, northern-accented tongue.

However, it was his wordless, expressive reaction clips that catapulted international stardom.

“It’s my face and my expressions which make people laugh,” Lame said in a recent interview.

His muted reactions, he said, are a “global language.”

tweet
Share on FacebookShare on TwitterShare on PinterestShare on Reddit
Saman SiddiquiSeptember 18, 2022
the authorSaman Siddiqui
Saman Siddiqui, A freelance journalist with a Master’s Degree in Mass Communication and MS in Peace and Conflict Studies. Associated with the media industry since 2006. Experience in various capacities including Program Host, Researcher, News Producer, Documentary Making, Voice Over, Content Writing Copy Editing, and Blogging, and currently associated with OyeYeah since 2018, working as an Editor.
All posts bySaman Siddiqui