Twitter Reactions: Shahid Afridi and the curious case of ‘Naswar’ 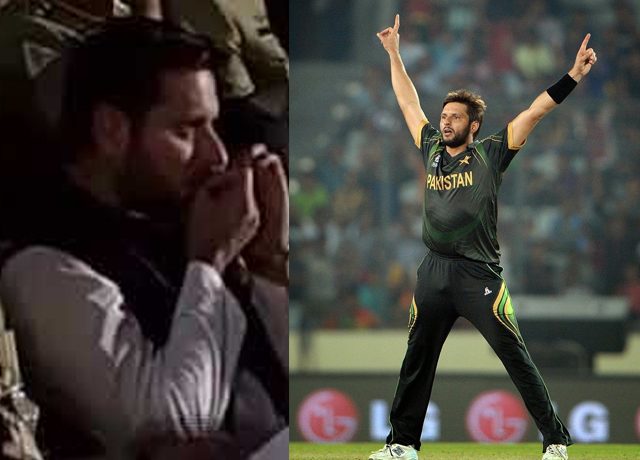 It probably takes real courage to not care what people will say in a world that’s known for judging you for not following what’s socially acceptable and what’s not. However, it seems like Shahid Afridi is least bothered with what anyone has to say or do..his life, his rules…

Twitter is known for not letting go so easily and here are the best reactions we found on the internet today:

I have seen him do everything now. Eating a ball, smashing ashwin to win the asia cup, winning the world t20 and now having naswar. There’s a reason we all love Shahid Afridi😅
pic.twitter.com/9u6nmErFBU

Shahid Afridi seriously? Right behind PM and COAS…like seriously? We had to talk about their speeches but your naswar took the show away. #ShahidAfridi #GHQ

Level of carefreenees I want to achieve = Shahid Afridi 😂 that man was sniffing Naswaar sitting right behind the Army Chief and PM!

What is Shahid Afridi sniffing? Were guests given something ‘extra’ at the Defence Day ceremony? 😏 pic.twitter.com/moGNYcokhB