In this digital age, nothing can remain hidden from eagle-eyed social media users. 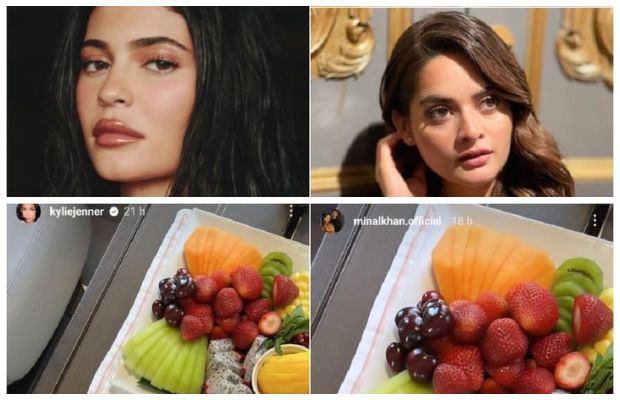 It all started after netizens spotted the uncanny resemblance between Minal’s Insta story and American celebrity Kylie Jenner who has 9.2 million Instagram followers!

Minal Khan posted a photo on her Instagram stories that suppose to hint about her sumptuous breakfast.

However, in this digital age, nothing can remain hidden from eagle-eyed social media users.

Soon the secret was out that it was actually a lazy effort of stealing someone else’s picture.

Minal Khan had just cropped the American model’s name from the picture and shared a bit zoomed version.

And the case wasn’t let to rest in peace by the keyboard warriors:

Assignment submitted by me and my friend be like:#MinalKhan pic.twitter.com/V5rSJpEOLS

They are so materialistic I mean can do everything to show they're rich and different lol #MinalKhan pic.twitter.com/otS1MzwtSu

Does Minal Khan really think none of us follow or know who Kylie Jenner is 😭😭💀💀😭😭 pic.twitter.com/fxLFrVwNR2