Twitteratis gave us a good amount of laughter with their tweets over the picture. 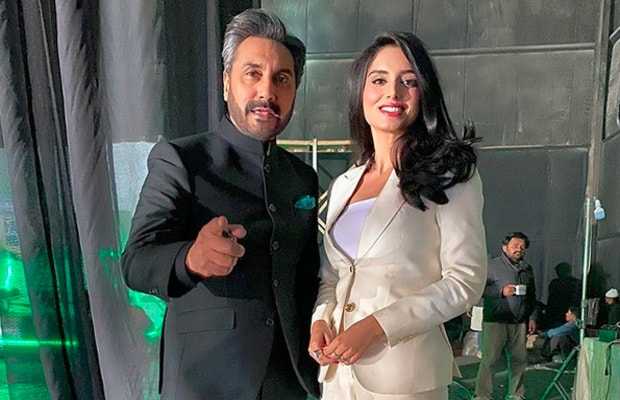 Meray Pass Tum Hu hysteria has taken over entire Pakistan with millions of fans waiting with bated breath for the finale of the most trending and overwhelmingly popular show.

Not just the learned class even laymen such as fruit vendors and local shop owners, everyone is obsessed with Danish, Mehwish and Shehwar’s story and are seen to be discussing it some how or the other.

It seems MPTH has become the favourite topics of Pakistanis these days & anything associated with it converts into social media talk within seconds.

Of recent, Twitteratis left us in fits, when famous sports journalist Zainab Abbas shared a snap from a pre-PSL shoot with Adnan Siddiqui, aka Shehwar, who has become the bad boy of the nation after playing the role of a womanizer in MPTH.

Today’s shoot with Shehwar! He’s all geared up for this year’s PSL anddd the grand finale of #mpth pic.twitter.com/09fZSJ7XVS

As expected, people had a lot to say about it. Some were cautioning Zainab to stay away from the guy calling him a trap while others were comparing her to Mehwish.

Some even predicted Zainab to have taken over Mehwish’s role in MPTH while others went a level ahead and started advising the sports personality to be careful as she is newly married.

Looked like u r all set taking up mehwish role.

Be careful u also newly married 🤓😉

Certainly, these days not a single thing relating to any of MPTH’s character, story or dialogues goes unnoticed by social media users and this has indeed played a significant role in the massive success of the show.