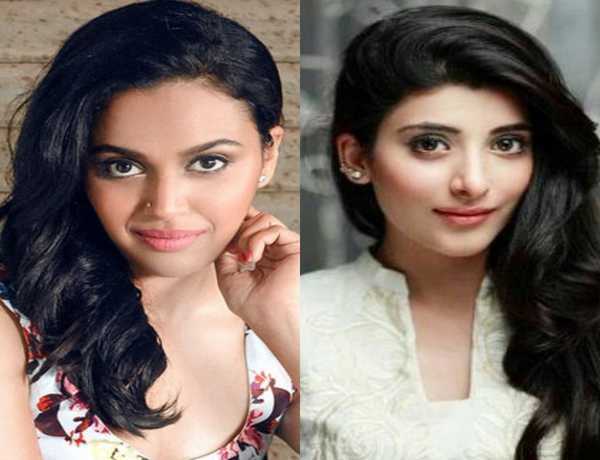 Bollywood film Veere Di Wedding considered unfit for exhibition and was banned in Pakistan by the censor board due to its vulgar dialogues and obscene content. People had a mix reaction over this decision.

But it seems one of the actresses of this film needed more attention apart from getting a hit film. While the female star cast of the film appeared on TV program interview with Rajeev Masand (film critic for CNN News18), Swara Bhaskar made some anti Pakistani comments.

Swara Bhaskar was asked to comment about the ban in Pakistan, she said, “I don’t know why people think I’m a spokesperson for the Pakistani government, what do you expect from a state that’s run by Sharia Laws?”. Later adding further to it she that, “Pakistan is a failing state and India should stop making it a point of discussion”.

Those comments were not welcome in Pakistan at all; it was regarded as an attention seeking stunt. Actress Urwa Hocane was quick to respond on twitter schooling Swara Bhaskar.

Pakistan is the country that you @ReallySwara referred to,in 2015, as the “Best country you have ever visited” and it has only gotten better in the last few years in every aspect along with when it comes to having bigger hearts and welcoming our guests . 1/3

2/3 While you’re on this spree of empowering women,i must say you’ve become a bitter person. And all of this is odd coming from a citizen of a state that bans their own films i.e. #Padmavat so let’s not talk about women empowerment.

3/3 This only reflects on u as an ignorant person who is also quiet contradictory in her own statements. It’s not a failing state for sure but u come across as a “Failing Human Being” !!! @ReallySwara

From the citizen of the Phenomenal Pakistan 🇵🇰

We all know well know well that how quickly anti Pakistani sentiments sell in Indian film industry, another publicity stunt played by lesser popular actress, wouldn’t it been better if her acting skills spoke better than insulting a neighboring state. Swara’s double standards are also being highlighted in this old video, when she appeared in an episode of Mazaaqraat and praised Pakistan.

. In past many Indian actors have spoken anti Pakistani sentiments for sake of gaining instant fame.

Kangana Ranaut Discloses Being A Modi Fan; Speaks In Favor Of Ban Put On Pakistani Artists

tweet
Share on FacebookShare on TwitterShare on PinterestShare on Reddit
Saman SiddiquiJune 4, 2018
the authorSaman Siddiqui
Saman Siddiqui, A freelance journalist with a Master’s Degree in Mass Communication and MS in Peace and Conflict Studies. Associated with the media industry since 2006. Experience in various capacities including Program Host, Researcher, News Producer, Documentary Making, Voice Over, Content Writing Copy Editing, and Blogging, and currently associated with OyeYeah since 2018, working as an Editor.
All posts bySaman Siddiqui