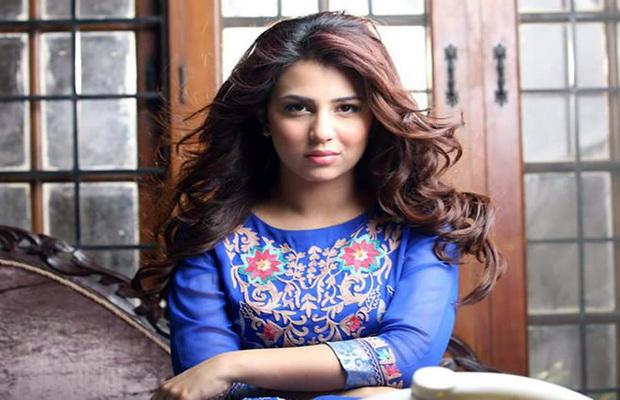 Earlier this week Ushna Shah came under massive Twitter fire for passing rude remarks to a pizza delivery guy who was at her place at 2:30 a.m. Taking it to Twitter the actress recalled the incident as she herself admitted passing “sexist” and “demeaning” comments to the guy who was scared of her pitbull.

“Marrd banein, aap ek chaar saal ki bachi nahee hein, mardaangi peida Karein – some of the sexist & demeaning things I said 2 my 2:30AM Pizza delivery guy 2 convince him 2 bring pizza inside as I held my barking & growling Pitbull back,” wrote the 29-year old.

“Marrd banein”, “aap ek chaar saal ki bachi nahee hein”, “mardaangi peida Karein” – some of the sexist & demeaning things I said 2 my 2:30AM Pizza delivery guy 2 convince him 2 bring pizza inside as I held my barking & growling Pitbull back.

…(cont) little did he know if he had somply come in calmly and had I let her go she would have just sniffed him and given him kisses 🤦🏻‍♀️. #smh #notaguarddog #narcothepitbill

As a result netizens obviously responded with a lot of backlash and the actress was accused of elitism and entitled attitude. Some went on to ask the actress to apologize to the delivery guy for insulting him in such a manner. Others asked her to empathize.

After receiving backlash, the actress made another Tweet but even that did not settle the score.

“To everybody crying about my rant to the pizza guy. I was holding the dog. He refused to come in. The first ten minutes of “mera waada hei kuch nahi Hota”, “meina pakra hua hei issey please guzar jayein” “bahadur baneyin Shahbash” didn’t work,” tweeted the Balaa actress in response to the fire.

However, when even the tweet didn’t calm the netizens down, Ushna has now issued a lengthy note on the matter as she explained her stance.

“I’ve never been good at masking truths and pretending to be something I’m not. I do not condone using the “be a man” card. It was something I was not proud of that I resorted to at a desperate time,” wrote Ushna.

“The fact that it is the only thing that worked made me want to discuss it publicly and create conversation about masculinity and patriarchy (why else would I tweet it, look at my track record of discussing gender roles and generally the public stances I’ve taken for women, LGBTQ and the breakdown of stereotypical gender roles),” she added.

Explaining her stance further, Cheekh actress stated, “Once I said “be a man” after many exasperated attempts to make him trust that I was strong enough to hold the dog. It worked. Yes, it’s sexist. A desperate measure I used at a desperate time. Instinctively and desperately I resorted to the approach knowing it would work on a Pakistani man.”

“The idea of the tweet was to show that in this unfortunate world the only thing that could convince a boy to trust a girl holding back a dog (and yes his issue was that I was holding the dog, not the boy servant who normally does) was to use the masculinity trigger,” she reiterated.

“On a closing note: I should like to tell the twitter court as well as my followers one thing: I have not often used twitter but if and when I do, my tweets will not just be a series of self promotions.

So my dear warriors of the twitter world, if what I tweet is not comprehensive to you and offends you, please, I beseech you, unfollow. And if you care to understand the CONTEXT before spewing out your e-rage, follow away,” concluded the actress.

In essence the actress claimed that she wished to open up a discussion on masculinity and patriarchy in our society.