The actress wrote a lovely congratulatory note for Samina Aapa, as she calls her. 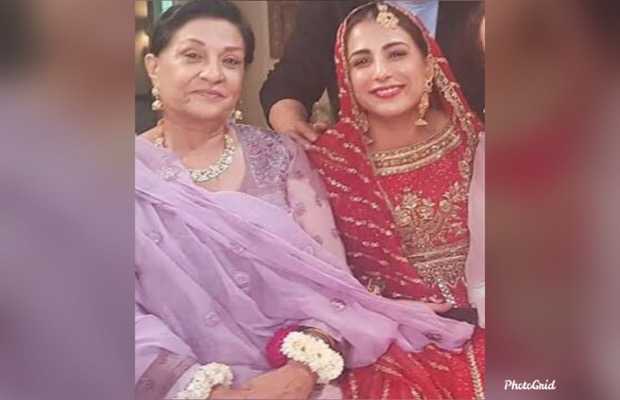 Samina Ahmed and Manzar Sehbai have garnered love from all corners over their wedding. The news of their marriage came as delight for fans in such testing times. Members of the showbiz fraternity have also extended their love and support to the newly wed veteran actors.

Congratulating Samina, Ushna Shah who has recently worked with the veteran actress in her upcoming play Bandhay Eik Dor Say, recalled how she would call her ‘the real dulhan’ on the sets.

“Congratulations to the REAL Dulhan! I would tease Samina appa on the set of bandhay ek dor sey because she was always smiling & had that ‘in-love’ glow.”

Ushna further said, “Little did I know she really was bitten by the love bug. Wishing the newlyweds a lifetime of bliss. In such testing times, this is beautiful news.”

Samina Ahmed and Manzar Sehbai got married on April 4 in an intimate ceremony.