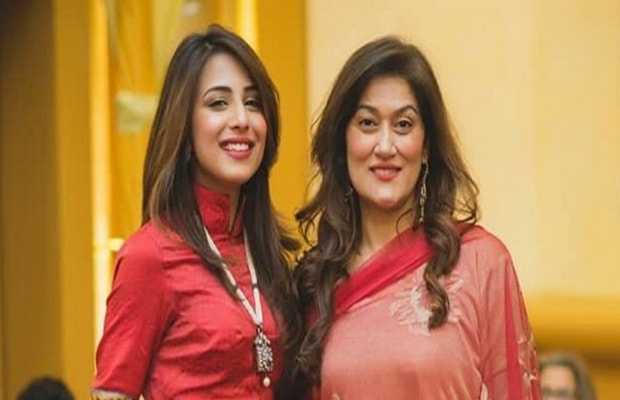 Balaa actress Ushna Shah recently took to social media to make a birthday wish for her elder sister Irsa Ghazal, and the heartwarming post soon turned to be news information for many of her fans.

“Happy Birthday Icha. I love you enough to even post my ugly puberty year,” wrote Ushna on Instagram as she shared adorable pictures of her childhood while Irsa looked gorgeous as always.

Fans soon started commenting, many of whom were unaware that Ushna is younger sister of the Angan actress and some also expressed their surprise over the newly discovered fact. Not letting people drift away from the significance of her big sister’s birthday, Ushna soon brought her fans back.

“She is my sister. Much like a mother since she’s the eldest of six & I’m the youngest,” commented the Cheekh actress.

“So stop worrying about our relationship and wish her a happy birthday,” she added.

Both Irsa and Ushna are daughters of veteran TV and radio artist Ismat Tahira. And if memory serves us right, the two sisters also appeared on a morning show together in the early days of Ushna’s career.

Did you know that the two actresses are sisters? Which else sister/brother pairs do you know of, let us know in the comments.