This may be an unpopular opinion, read at your own risk 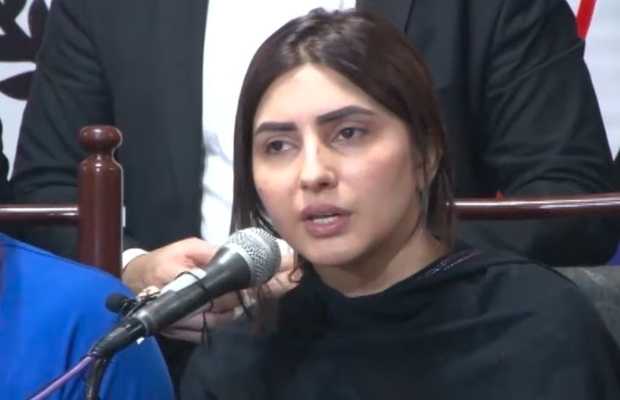 In the latest offering of Pakistani social media, Uzma Khan vs Amna Usman is the hot-selling cake. Some have sided with Uzma Khan as she came forward as a victim of vandalism and assault, while others questioned why Usman Malik (the bone of contention) has not been publicly humiliated by his wife. Some went as far as to call Amna’s action purely driven by patriarchy where the man gets a clean chit.

All in all, women and (men too) have come out to support Uzma Khan as she faced the wrath of a wife of a cheating husband, who presumably was nowhere to be found.

But once one cools down and takes a break from the social media feed, it dawns upon you (including yours truly) that whether or not Usman Malik has faced the consequences of his actions (hoping that he does have), the question remains as to did Uzma Khan somewhat not deserved what happened with her? Or if it was truly a Riyasat e Madina, as dear PM claims, wouldn’t she and Usman Malik be stoned to death for what they have been caught in?

Now you see the problem is that we are all too quick to conclude that Uzma Khan was not liable to Amna and it was only Usman who deserved his wife’s fury. Probably yes. But talking without relativism isn’t Uzma accountable for her own actions and Usman for his. Not at all trying to find a clean slate for Mr. Usman who refused to respect his wedding vows and presumably should have been dealt with a worse way than how his wife treated Uzma. But does that mean Uzma should have gotten to walk away free? I don’t think so.

If one looks at it as a personal matter, one should and would call out Mrs. Amna Usman for barging in a property (whomsoever it belonged to) and assaulting two women with her guards. It may also be a reason to support Uzma if she chooses to pursue a legal battle. On a personal level, it can also be expected that the parties should have dealt with the matter in a civilized way and maybe the couple should have been the only two people to have a spat over it.

Looking at it from a social standpoint, could we all be so naive that we would only support Uzma for what happened with her but not take into account what she did. She had an affair with a married man, a consensual relationship with the potential to break a home and an action that is questionable by both social and religious values. Should we be blindly supporting her then too? Should we be normalizing the actions she committed despite knowing the consequences?

By all means, Usman Malik is accountable and should face the worst possible consequences of his affair. But Usman’s accountability does not translate into Uzma’s free pass. Uzma Khan is accountable to both Usman’s wife and the society that has started to reek of extramarital affairs and women getting away from it by shrugging off any obligation to the woman they are damaging homes of.

Do I sympathize with Uzma Khan and her sister for what happened with them? Maybe yes. But do I support Uzma Khan in this matter? Surely not. As much as I want Amna Malik to tame, mend and punish her husband; I would not put her down for setting an example at the expense of Uzma Khan.

And only if it had been a Riyasat e Madina, Uzma Khan (or Usman Malik) would not have a chance of making themselves look like a victim. Because when we say it takes two to tango, the two also includes Uzma Khan.