Vasay Chaudhry responds to Yasir Hussain’s criticism on his films 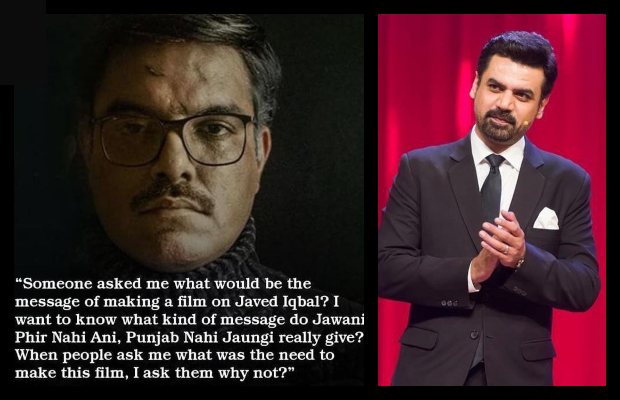 Vasay Chaudhry responds to Yasir Hussain’s criticism of his film!

It all started when Yasir Hussain while promoting his upcoming biopic on Javed Iqbal, Hussain named Vasay Chahdhry’s films.

When “Someone asked me what would be the message of this film [on Javed Iqbal]?,  Yasir responded what the “message” that films like Jawani Phir Nahi Ani and Punjab Nahi Jaungi gave.

“What’s the purpose of it? I want to know what kind of message do Jawani Phir Nahi Ani, Punjab Nahi Jaungi, or such films really give out?” Yasir had said.

The response didnt sit well with Vasay Chahdhry and taking it to his Instagram story he responded, “Besides providing quality family entertainment, these films played a vital role in the growth and resurfacing of the Pakistani box office so that films like Lahore Sey Aagey could also run in cinemas.” 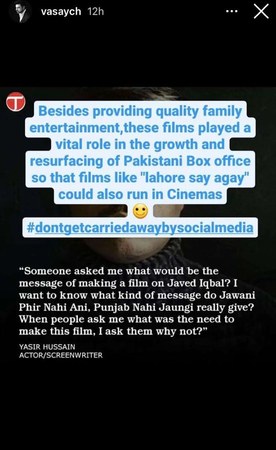 Meanwhile, Yasir Hussain took to his own Instagram Story to clarify his stance.

“Parents and books give messages too, so leave movies alone,” he wrote. 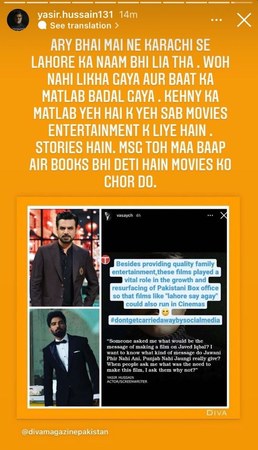