Recipient of the ‘Pride of Performance Award’ has played notable roles in various dramas, films, and theatre. 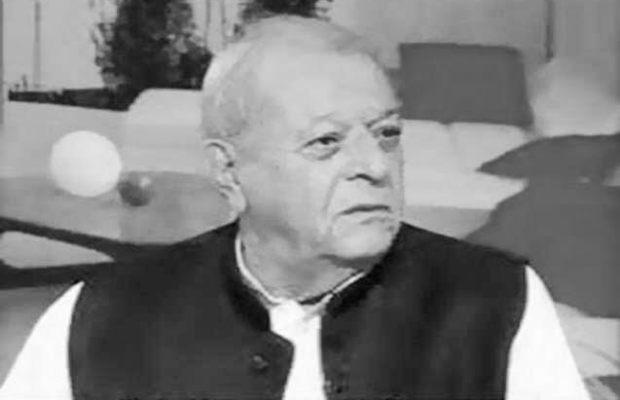 His funeral prayers will be offered after Asar’s prayers at Usman Block, Gulshan-e-Ravi.

Masood Akhtar was admitted to the hospital almost a month ago after his health deteriorated as he suffered from lung cancer.

It was five months ago when his son passed away of a cancer diagnosis.

Recipient of the ‘Pride of Performance Award’ has played notable roles in various dramas, films, and theatre.

One of his early plays, Paisa Bolta Hai was staged at Alhamra in the 1970s and it earned him immense popularity.

Following the news of his demise tributes and condolences are pouring in on social media.

Late Mr Masood Akhtar played the main role of a labour leader in my ptv Lahore May Day play which ended with the singing of the "Internationale". His ideological commitment was so inspiring. One could write and act in such plays when Bibi Sahiba Shaheed was PM.

Condolences to the bereaved family on the demise of famous actor Masood Akhtar. Masood Akhtar has been undergoing treatment in a private hospital for the last one month. May Allah elevate the ranks of the deceased and grant patience to the bereaved. Aameen#MasoodAkhtar #Actor pic.twitter.com/G6XfUgyNe6

Legendary Pakistan’s Actor Masood Akhtar passes away .He was kind and supportive person.
You will be missed Sir. 😔RIP #MasoodAkhtar pic.twitter.com/oWHEuydVnB

#MasoodAkhtar a legend died at the age of 80. R.I.P pic.twitter.com/h1ZE6ESdZa

tweet
Share on FacebookShare on TwitterShare on PinterestShare on Reddit
Saman SiddiquiMarch 5, 2022
the authorSaman Siddiqui
Saman Siddiqui, A freelance journalist with a Master’s Degree in Mass Communication and MS in Peace and Conflict Studies. Associated with the media industry since 2006. Experience in various capacities including Program Host, Researcher, News Producer, Documentary Making, Voice Over, Content Writing Copy Editing, and Blogging, and currently associated with OyeYeah since 2018, working as an Editor.
All posts bySaman Siddiqui