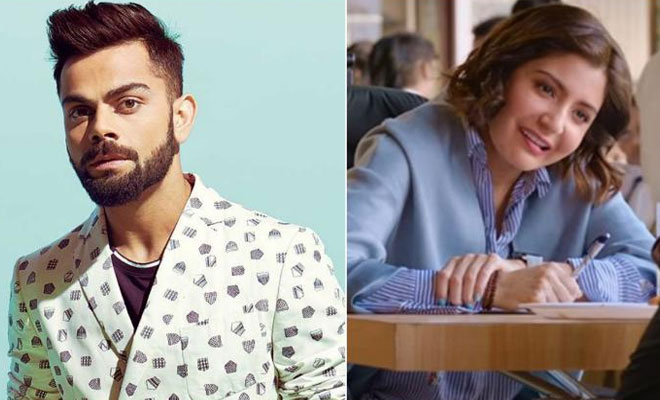 Bollywood’s most awaited film ‘Zero’ has opened to mixed reviews. While some have praised the performance of lead actors – Shah Rukh Khan, Katrina Kaif and Anushka Sharma, others declared the film a failure, unable to meet the expectations.

Indian skipper and Anushka’s husband Virat Kohli took to Twitter to laud the film, especially his wife’s performance as wheel-chair bound scientist. Virat, who is currently in Australia for the ongoing cricket series, took time out of his schedule to watch Anushka’s latest release ‘Zero’.

Virat while showering heavy praises on Anushka, tweeted, “Saw ‘Zero’ and loved the entertainment it brought. I enjoyed myself. Everyone played their parts well. Loved Anushka Sharma`s performance because I felt it was a very challenging role and she was outstanding.”

Saw @Zero21Dec and loved the entertainment it brought. I enjoyed myself. Everyone played their parts well. Loved @AnushkaSharma performance because I felt it was a very challenging role and she was outstanding. 👌👌

However, his tweet in support of his wife’s latest release soon faced the wrath of some of the social media users, who went calling him with several names.

Films Verdict matching with their titles ..

By the way I can understand your feeling sir..

Virat Kohli had also given a massive shout out to Anushka Sharma after Sui Dhaaga hit screens. “Mauji was superb, Varun Dhawan. But Mamta’s character stole my heart totally. Her ability to be so quiet yet so powerful and impactful makes you fall in love with her. So proud my love, Anushka Sharma,” he had tweeted.

Earlier, Anushka featured in horror thriller Pari, which Virat had reviewed as her best performance ever: “Watched Pari last night, has to be my Wife’s best work ever! One of the best films I’ve seen in a long time. Got quite scared but so very proud of you!”

Meanwhile on Friday, while Zero fetched appreciation for the film’s lead cast, the storyline of the movie received middling reviews by critics and audiences alike.