Why is it Difficult for Meghan Markle to Adapt to the Traditional Royal Ways!

The new member of royal family is often under media criticism for her unconventional ways, but her Prince absolutely adores her 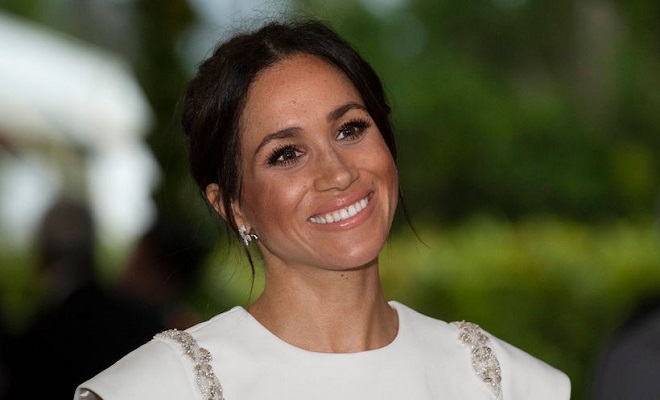 Meghan Markle who got married to Prince Harry in last year May, seems to have a perfect fairytale life. From being a Hollywood celebrity to finding her own prince and becoming a member of the Royal family, it all seems so perfect. But is it so?

Right from her wedding ceremony that took place in Windsor last year to her first public appearance after baby Archie’s birth in May this year, Meghan has always been a center of public attention and scrutinized for so much so as a sneeze. The Duchess, who has had a fair share of limelight throughout her showbiz career still finds the royal spotlight tough to handle.

British journalist Angela Levin who previously wrote a book on Prince Harry’s life, has recently spoken to Fox News, on his wife’s new found royal life. Some details are interesting as Angela pens down the difficulties Meghan has faced in order to be with her love of life.

“I think it’s very hard for her. I think she’s done brilliantly at some things. She’s marvelous when they are out and about. She’s very good at talking to people. It’s an awful lot to learn and she’s very energetic and keen. But it might be good for her if she took a little bit more advice,” said Angela.

While adding further she stated, “Before in her life, she was very used to making her own decisions. I do think it’s very difficult for her. This is a very strict, traditional path. It takes a while to get used to it.”

According to the journalist, Meghan’s enthusiasm and keenness to learn – something she has adapted from her previous life – is also an unusual royal attitude for many of the staff members. Additionally, the Duchess is used to of getting things done in a more American way and the British etiquettes are quite in a contrast to the norms Meghan had seen previously.

“It’s been said she was emailing [her staff] at 5 a.m., but truthfully, I’m not sure how difficult that can be. People have left and they have talked. It is hard when you’re in such regal circumstances to know how to handle staff. That takes a bit of a while,” explained Angela.

“The queen is also very, very polite to her staff and treats them extremely well with lots of courtesy. I’ve been told Meghan isn’t like quite like that and slightly gives orders. It’s a completely different life to settle into,” she remarked on the Duchess’s habits.

Angela added that Meghan’s added difficulties came when Harry’s close friends disapproved of the Duchess at the time of their dating. This mainly came on the back of stark difference between Harry’s drinking and playful routine in contrast to Meghan’s healthy and modern approach to life. His friend’s believed Meghan changed him to quite an extent and he dropped a few of his buds that Meghan did not get along well with.

“There has been some criticism about her changing Harry. But I think she’s very confident. And he doesn’t mind at all. He is very, very proud of her. He’s actually in awe of her. He wants to be with her more than anything. His relationship with her is more important than anything,” said Angela.

“I think that when people marry, they sort of slightly change so that they can work together as a team,” she further added.

Albeit that Meghan has had a fair share of difficulties in adapting to her new royal life, one thing is for sure: she has Harry’s full support in everything. Angela stated that he’s totally in love with her and would do anything to be with her.

“He also understands it’s not easy for her. She’s given up her freedom. But it’s been an exciting time for both of them, especially with the baby. You’re running and you’re not going to look around you,” said the journalist.