WWE's chief brand officer turns out to be Bollywood fan. 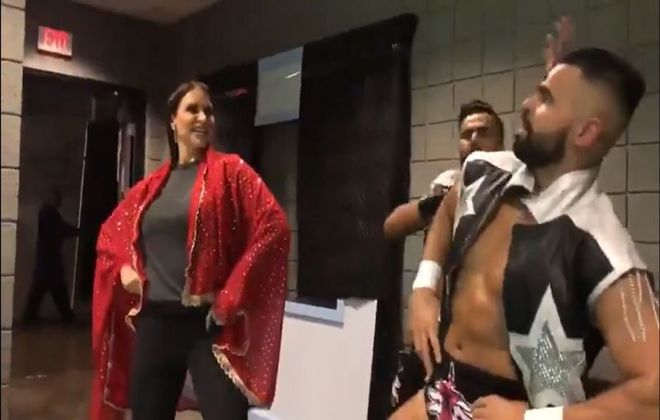 Seems like there are Bollywood fans everywhere. Recently a video has come up where none other WWE’s chief brand officer Stephanie McMahon can be seen dancing to the tunes of a Bollywood song.

In a video uploaded by the Singh Brothers, who are also known as Bollywood Boyz, on social media. Stephanie can be seen shaking a leg on the Bollywood song ‘Humko Tumse Pyaar Hai’ from the film “Ishq” accompanied by Singh Brothers wearing a red Dupatta “chunni”. 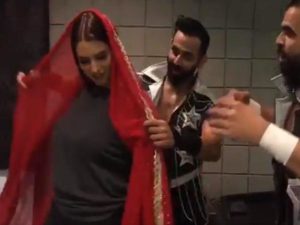 https://twitter.com/WWEIndia/status/1090246646393270272
As being reported, this year WWE is holding the first-ever WWE tryouts in India in the month of March, where around 5-6 wrestlers could get a chance to train at the WWE Performance Center in Florida.

tweet
Share on FacebookShare on TwitterShare on PinterestShare on Reddit
Saman SiddiquiFebruary 2, 2019
the authorSaman Siddiqui
Saman Siddiqui, A freelance journalist with a Master’s Degree in Mass Communication and MS in Peace and Conflict Studies. Associated with the media industry since 2006. Experience in various capacities including Program Host, Researcher, News Producer, Documentary Making, Voice Over, Content Writing Copy Editing, and Blogging, and currently associated with OyeYeah since 2018, working as an Editor.
All posts bySaman Siddiqui