People are calling out Iqra and Yasir for the bold photoshoot 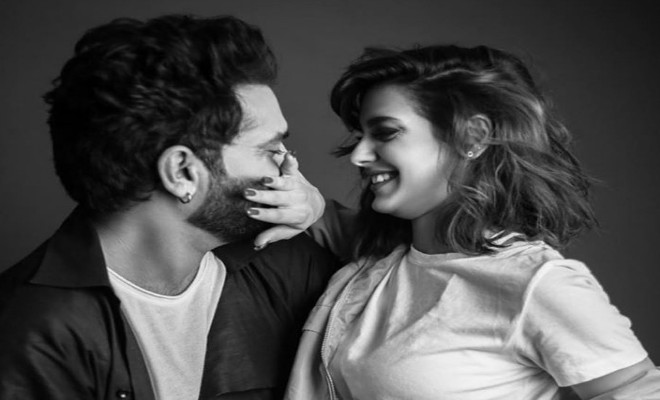 Iqra Aziz and Yasir Hussain recently did an intimate photoshoot for a magazine following their engagement. The images have Iqra and Yasir in close postures, looking very much in love. 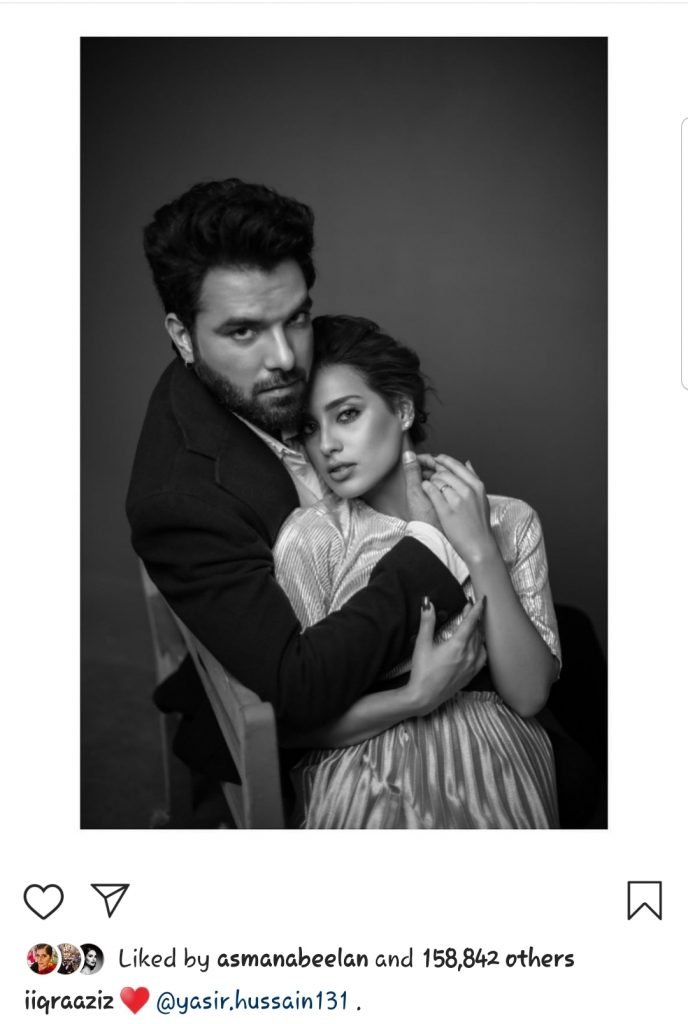 Although a number of celebrities have also posted similar pictures earlier, Iqra and Yasir’s photos have called in a lot of criticism from people. The audience have been condemning Iqra and Yasir for having posed for close pictures without having been officially married. 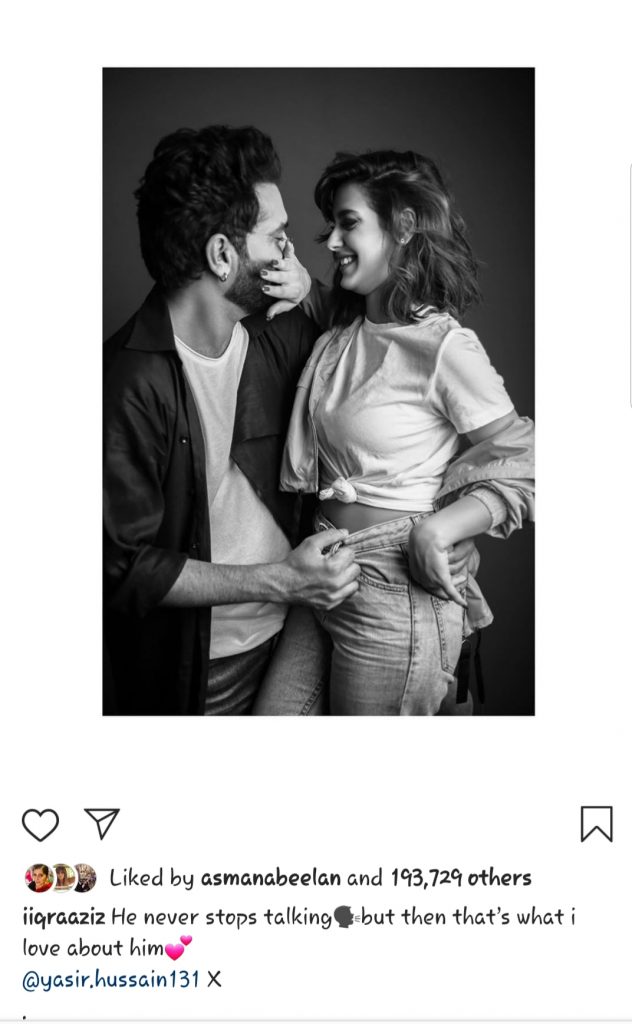 “He never stops talking but then thats what I love about him,” writes Iqra Aziz referring to beau Yasir Hussain and sharing a glimpse into their lovable relationship.

Not new to internet trolls and social media nazis pouring in their negativity and perhaps kill her vibe, Iqra Aziz however turned off commenting on the pictures, an intelligent move nonetheless.