Her character in each play is going to be totally different from one another. 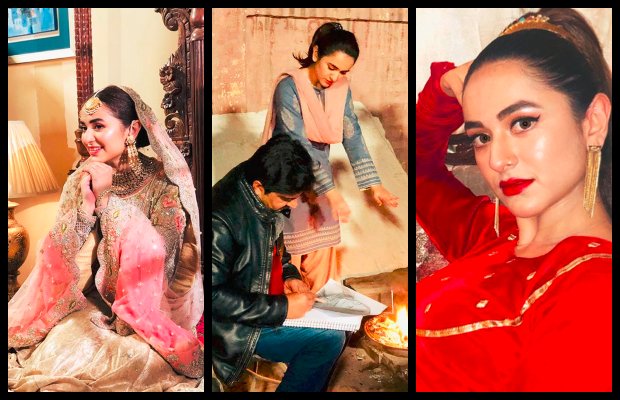 Actor Yumna Zaidi is set to lit up our TV screens with three new dramas in 2020. The actress has already wowed Pakistani drama audience with her brilliant performance in series Dar Si Jati Hai (2018) and Inkaar (2019).

And there is more yet to come! Her character in each play is going to be totally different from one another.

In one of her upcoming drama which she will be sharing the screen with Bilal Abbas Khan, for the first time.

Written by Zanjabeel Asim Shah and directed by Farooq Rind, the project also features Atiqa Odho, Omair Rana and others.

The drama will be airing on Hum Tv, as the network has recently released its teaser.

Yumna Zaidi is playing the character named Mehjabeen, a very naive young girl, who is lucky to get away with all sorts of troubles.

Her second project that recently kicked off shooting for is being made in collaboration with Kashf Foundation.

Last but not least, Yumna Zaidi’s third project for the year 2020 is also an exciting one. She will be seen playing a grey character of a ‘typical’ heroine.

As being reported, Yumna has almost completed shooting for this drama which is directed by Siraj-ul-Haque and also features Shahzad Sheikh, Gohar Rasheed, and Komal Aziz Khan.

Names of her two dramas and on-air date is yet to be announced.

tweet
Share on FacebookShare on TwitterShare on PinterestShare on Reddit
Saman SiddiquiJanuary 2, 2020
the authorSaman Siddiqui
Saman Siddiqui, A freelance journalist with a Master’s Degree in Mass Communication and MS in Peace and Conflict Studies. Associated with the media industry since 2006. Experience in various capacities including Program Host, Researcher, News Producer, Documentary Making, Voice Over, Content Writing Copy Editing, and Blogging, and currently associated with OyeYeah since 2018, working as an Editor.
All posts bySaman Siddiqui