Samina Peerzada has recently become internet fame with her web talk show Rewind with Samina Peerzada, which is often more than just the content, gets circulated on the internet in hilarious memes. While we all have had a good laugh related to Samina’s show and its cliched questions, one person, in particular, did not enjoy the interview.

Model turned actress Zainab Qayyum popularly known as ZQ, has recently shared an anecdote from the time she was interviewed by Samina, and the former has clearly taken a dig at the host’s questions asked on the show. 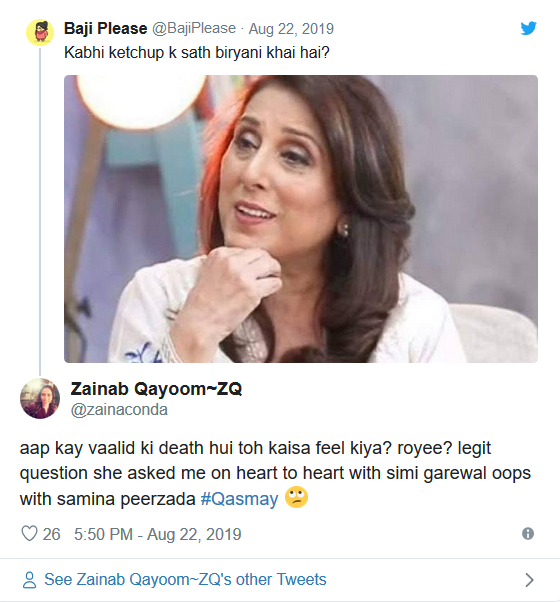 Not only ZQ mocked Samina’s questions, but she also threw shade at the veteran actress for attempting to copy Indian chat show host Simi Garewal. While there has been no response from Samina’s end, we can clearly assume how she would have not liked this tweet of ZQ.