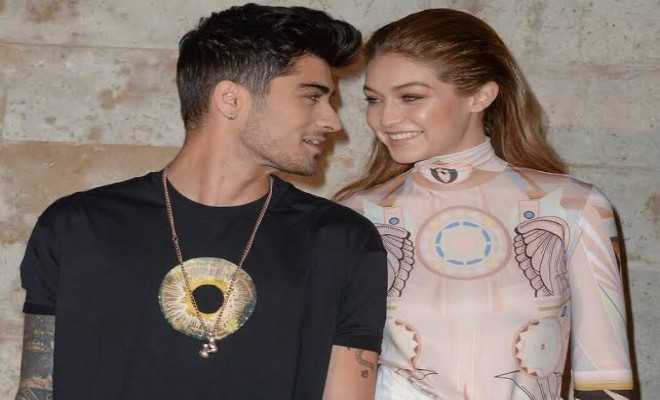 It seems all Zayn Malik and Gigi Hadid fans are in for a good news as the duo is reportedly pregnant and expecting their first child together.

According to TMZ, the Victoria’s Secret model is  20 weeks pregnant. The couple is reportedly keeping everything under wraps and hasn’t confirmed or denied the news as yet.

ZiGi were last seen together at Gigi’s 25th birthday party, which, however was a low key celebration.

TMZ cited a family member confirming Gigi’s pregnancy but stated that the couple was yet to find out the gender of the baby.,

Although it hasn’t been confirmed, Chrissy Teigen, wife of John Legend and Gigi’s close friend took to her Twitter to congratulate her.

In an earlier interview Gigi Hadid, who turned 25 recently had stated that she wanted to start a family someday.

“I think that as I get older — well, one day I’ll start a family,” the supermodel had said back in February.

Zayn Malik and Gigi Hadid have been dating each other on and off. The couple broke up in 2018, only to be back together in late 2019.

With the baby on board now, it seems ZiGi will be staying together for some time now before splitting up again and then bouncing back together.