“when thinking about my music career, I wanted to enter the industry with the proper training", Zhalay 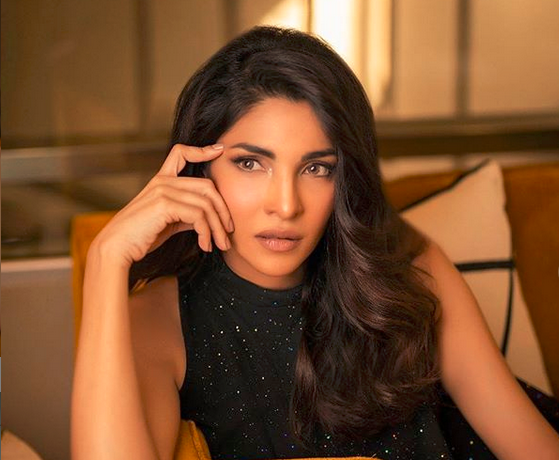 Pakistani actress, model and former VJ, Zhalay Sarhadi is set to release her debut song for the drama “Ek Aur Sitam Hai”. The song marks Sarhadi’s entry into the music industry. The actress is known for her performances in Uraan, Madiha Maliha, Aks, Digest Writer and Rang Laaga (2015).

Sarhadi was already under training with Vicky Akber when she was approached by the producer Erum Binte Shahid for the drama Ek Aur Sitam. Shahid has previously worked with Sarhadi for the drama Dhund for which the actress played the role of a singer.

Commenting on her entry in the Pakistani music industry, Sarhadi says, “when thinking about my music career, I wanted to enter the industry with the proper training and so I have been training with Vicky Akber for the past three to four months. It was fate and destiny that I was approached by Erum to move forward professionally.”

Talking about choosing Sarhadi as the singer for the OST, Shahid added, “when I heard her sing in the drama, I knew that I wanted her to sing my original track for my next drama serial.” Zhalay Sarhadi will be performing the song Ek Aur Sitam, composed by Waqar Ali for the drama serial Ek Aur Sitam.

tweet
Share on FacebookShare on TwitterShare on PinterestShare on Reddit
Saman SiddiquiFebruary 15, 2019
the authorSaman Siddiqui
Saman Siddiqui, A freelance journalist with a Master’s Degree in Mass Communication and MS in Peace and Conflict Studies. Associated with the media industry since 2006. Experience in various capacities including Program Host, Researcher, News Producer, Documentary Making, Voice Over, Content Writing Copy Editing, and Blogging, and currently associated with OyeYeah since 2018, working as an Editor.
All posts bySaman Siddiqui