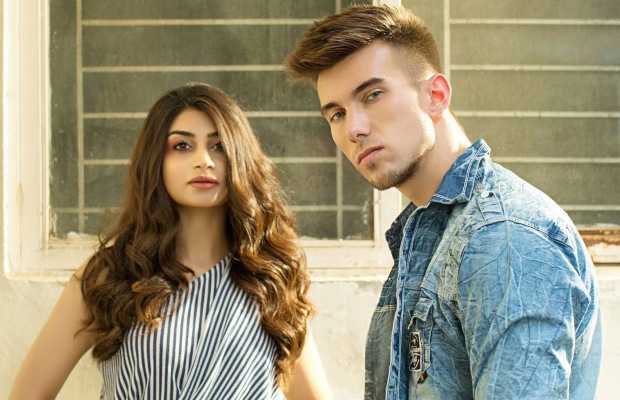 Zoya Nasir has called off her engagement to German vlogger Christian Betzmann over his offensive comments.

The two got engaged earlier this year after Betzmann converted to Islam and proposed to Zoya in the Bahamas.

However, Zoya has decided to call it off after Christian Betzmann’s center of controversy on social media for his insensitive comments over the ongoing pro-Palestine protesters in Pakistan.

Making the announcement in an Instagram post, Zoya wrote,“It’s with a heavy heart I’m announcing that Christian Betzmann and I are no longer engaged to be married. His sudden change in stance towards my culture, my country, my people and insensitivity towards my religion has lead me to take this difficult and irrevocable decision.”

“There are certain religious and social boundaries that can’t be crossed no matter what, hence, the decision to part ways. Humility, tolerance and respect towards each other are the virtues that we must always adhere to. I look upon my Allah to provide me with the strength to deal with this worldly emotional wreck. I wish Chris a bright and happy future,” she added.

“I sincerely request for space and privacy for myself and my family as we begin to navigate this emotional turmoil,” Zoya concluded.

Zoya Nasir is the daughter of acclaimed Pakistani writer Nasir Adeeb, the man who penned the film Maula Jatt.

Before stepping into acting, Zoya made her debut in the showbiz industry as a beautician. She launched her own YouTube channel in April 2020.

Ever since Zoya Nasir made the public announcement, her name including Christian Betzmann’s is among the top trending topics in Pakistan.

People came out calling the vlogger for his insensitive remarks while for many the relationship already carried a question mark!

The streets are filled with garbage and the govt is corrupt b/c your so called western countries give them safe passage to launder black money and even if they are caught by judiciary they take political asylum just cause its a safe heaven for corrupt mafia #ChristianBetzmann pic.twitter.com/qETf5G3zRQ

-Met a non muslim
-fell in love
-converted him to a muslim
-got engaged
-saw his changing opinions about her country and religion
-left him.

V PROUD OF HER FOR DUMPING THAT WHITE RACIST. HE NEVER DESERVED HER ANYWAYS. PRAYERS FOR HER#ZoyaNasir pic.twitter.com/6vP2pkXQkJ

Indeed, Allah has much better plans for You, Stay Strong #ZoyaNasir pic.twitter.com/gGVxBU6md4

First they show engagement of celebrities, then their haram relationships and then their breakups. This is the level of content in our country! #ChristianBetzmann #ZoyaNasir pic.twitter.com/kX4pKODxvF

Zoya Nasir stating "There r certain religious&social bound…"
Bibi,you were living with that gora in cohabitation.
You were sharing pics of you&him abroad doing everything
Where did these culture&religion come now?
DON'T BRING RELIGION INBETWEEN NOW for your own sake.#ZoyaNasir