Actors recently united to pay tribute to healthcare workers and frontliners in a heartfelt video that has been since making rounds on social media. Actress and model Zubab Rana with other influential celebrities from the country was also seen singing the cover of Mehdi Hasan’s ‘Ye Watan Tumhara Hai’, paying her respects to the heroes who have been fighting for our lives.

In these difficult times, the whole world has united against the diseases that threaten us all. Rana was also seen playing her part in this cause with this beautiful rendition. Dressed in all white, she was singing along to the lyrics with the rest of the celebrities. She also shared the rendition on her social media with a beautiful message, paying her respects and urging others to step forward to do the same. 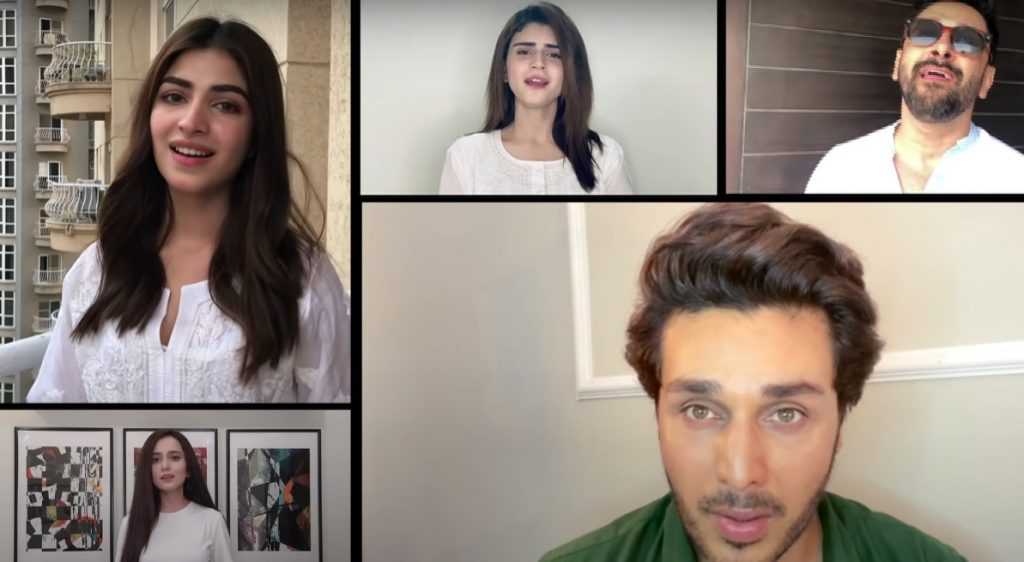 Rana posted, “The entire world is witnessing unprecedented events recently; words like ‘social distancing’ that we hardly ever heard or used are actually today’s mantra on social media. These extraordinary circumstances call for all of us to show our better & caring sides, our Side B! We made a peanut-sized effort to show you that #WeCare & we urge our fellow countrymen to care for their loved ones, neighbours, friends, anyone & everyone around you because that is what being a Pakistani is all about.”

Born on 3 June 1998, the young actress started her career with Naseebo Jali in 2017 and received a nomination for the Best Soap Actress at Hum Awards right with her debut role. This doesn’t only speak of the actress’s mettle as a performer, but it also helped her make her mark on the small screen in a short period of time. She then appeared in Mere Khudaya and Bandish, and again received a nomination for the former as the Best Emerging Talent at the Lux Style Awards.

Zubab Rana has been spending her time on social media sharing candid moments from her life as she stays in quarantine like the rest of us during this lockdown.