Several countries across the world are experimenting the plasma therapy to contain the novel virus. 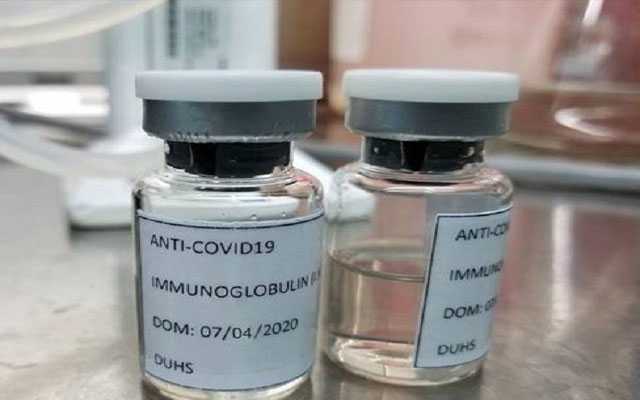 Dow University of Health Sciences’ researchers have prepared intravenous immunoglobulin or antibodies (IVIG) with plasma taken from the blood of patients recovered from coronavirus in an major development in the global fight against the disease.

According to details, several countries across the world are experimenting the plasma therapy to contain the novel virus. However, the treatment developed by the researchers of DUHS is considerably safest and more effective because it does not carry the undesired component of blood.

The Drug Regulatory Authority (DRAP) would be given the devised treatment IVIG for its permission for the clinical trials and then to the National Bioethics Committee (NBC) for approval, said a statement issued here on Monday.

DRAP has already permitted the clinical trial of plasma therapy that obtained from the donors’ blood sample, who have recovered from coronavirus. This treatment had been used globally to control other viral epidemics.

The IVIG was prepared at the DUHS after several chemical processes. The treatment can be administered through an injection. The clinical trial will determine how best it could be administered, its effects on kidneys and other side-effects. After the successful trials, the treatment could be available for general use.

Experts related to the pharmaceutical industry have welcomed the country’s ability to devise immunoglobulin but remained doubtful about DRAP’s capacity to check the quality of the antibodies obtained from plasma.

Experts said that DRAP has no central laboratory to check the immunoglobulin prepared by the DUHS scientists. DRAP does not have any plant to check the effectiveness of any bioproduct, they added.