Naqvi in his statement about his health said that he is undergoing treatment at a private hospital and that he is "on the road to recovery". 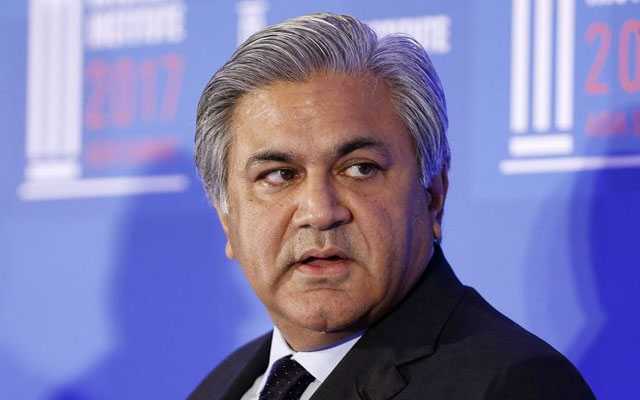 According to the details, Naqvi in his statement about his health said that he is undergoing treatment at a private hospital and that he is “on the road to recovery”.

“Today is my fourth day in the hospital and I am praying that they [hospital staff] will let me go home soon; my cough is definitely better, my oxygen saturation is heading in the right direction,” he said.

The famed businessman said that he was still down on energy but understood that it was due to the fact that his body was taking up a lot of strength to recover from the virus. He lauded the efforts of the doctors and staff at the hospital for taking care of him.

He referred the disease as a “debilitating experience”, Naqvi appealed to take the pandemic serious, saying that one should never let his/her guard down.

Naqvi, once one of the biggest names in finance in the Middle East, has been involved in legal trouble after a row with investors over funds’ usage.

He was appreheded from UK Heathrow airport last year by officers of Metropolitan Police’s Extradition Unit on behalf of US authorities.

His company “Abraaj Capital” was the largest private equity player in the Middle East until its collapse last year following allegations of corruption of $1 billion healthcare fund.

American lawmakers have accused that Abraaj executives deceived their investors, including the Bill & Melinda Gates Foundation.

Naqvi has previously denied accusations of corruption either at Abraaj or in the sale of Pakistan’s K-Electric, which Abraaj owned. He had further refuted any misuse or appropriation of Abraaj funds maintaining that the allegations “are entirely false”.

“There was nothing untoward about my requests for transfers or Abraaj Group funds to me or my family, or for my personal investments or obligations,” he had said while addressing allegations against him.

“In drawing down funds from Abraaj, I acted in accordance with the arrangements put in place by the Abraaj Group,” Naqvi had said, adding that any drawdowns were “properly recorded and accounted for”.

The Abraaj Group has been a central force in helping regional EM businesses become global businesses, including Careem, where Abraaj was instrumental in helping grow the company before its $3.1 billion acquisition by Uber.

Naqvi and his group were also involved in various philanthropic initiatives in Pakistan, including the Aman Foundation.